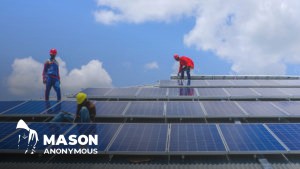 António Guterres made the appeal in his message for Africa Industrialization Day, observed annually on 20 November.

The UN chief said industrial development is “of critical importance” for sustained and inclusive economic growth in African countries.

While manufacturing on the continent has been growing faster than the world average, he said it will need to speed up.

Launched last year, the African Continental Free Trade Agreement is expected to usher in a market of least $3 trillion and a consumer base of more than one billion.

At the same time, the manufacturing sector is projected to double by 2025, creating millions of jobs.

“I call on African countries to adopt a holistic approach to industrial policy, pursuing, through stronger multi-stakeholder partnerships, green and clean industrialization strategies that promote equitable economic opportunities and take into account the urgency of addressing the climate crisis,” said Mr. Guterres.

The Secretary-General underscored international commitment to Africa’s sustainable development, with the UN General Assembly proclaiming the period from 2016-2025 the Third Industrial Development Decade for Africa.

As a result, the UN Industrial Development Organization (UNIDO) will scale up technical assistance to countries on the continent.

The agency also will partner with other UN entities on initiatives in areas such as technology transfer, agribusiness value chain development, renewable energy and development of special economic zones and industrial parks.