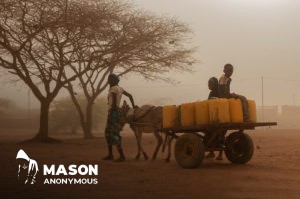 According to media reports, at least 15 people were killed, and four injured in the town of Salmossi, which is near the border with Mali. The lives of hundreds of thousands of civilians in the north of the country are disrupted by growing numbers of attacks, and insecurity. On Saturday, some 1,000 people are reported to have protested in the capital, Ouagadougou, denouncing the violence and the presence of foreign military forces in the region.

The deteriorating situation is causing an “unprecedented humanitarian emergency”, the UN refugee agency warned on Friday. At a press briefing in Geneva, spokesperson Andrew Mbogori said that some 486,000 have been forced to flee within the country, 267,000 of whom in the past 3 months alone.

The spokesperson mentioned reports of more than 500 being killed in 472 attacks and counter-military operations since 2018, and of the severe effects that the attacks and insecurity have had on basic services such as health care and education, as well as freedom of movement. “Malnutrition and starvation are a real threat”, said Mr. Mbogori. “We need urgent resources to launch a coordinated humanitarian response – an immediate necessity to save lives”.

During a Security Council meeting on peace in Africa, held on Monday, the UN Secretary-General declared that the spread of terrorist networks is a growing threat across African national borders, with a pervasive climate crisis exacerbating violence, and leading to resource shortages.

In Saturday’s statement, Mr. Guterres expressed his deep condolences to the families of the deceased, and the people and the Government of Burkina Faso, and wished a speedy recovery to the injured. He went on to reiterate the commitment of the United Nations to work with Burkina Faso to promote social cohesion, and ensure the country stays on the path towards sustainable development.