Mr. Hammarskjöld was appointed Secretary-General in 1953, at just 47, still the youngest person to ever hold the UN’s top job. On 18 September 1961, during his second term, he died on a plane crash while en route to negotiate a ceasefire in the Congo.

This year’s special commemoration recognized Mr. Hammarskjöld’s achievements, paid tribute to his ultimate sacrifice, and reflected on his enduring legacy.

For Mr. Guterres, the Swedish diplomat “is a reference and inspiration.”

He recalled that “his wisdom and humanity, his unimpeachable integrity and single-minded devotion to duty set the highest standard for public service.”

“He was more than a person of action and deft diplomat; he was a person of immense culture, of brilliant and sensitive intellect. And it was this deep and broad passion for culture that helped shape him as the leading diplomat of his generation,” Mr. Guterres said.

Remembering that Mr. Hammarskjöld could speak some half dozen languages, the UN chief said he was “perhaps most fluent in the language of our common humanity – recognizing diversity as richness, promoting dialogue, tolerance, and mutual understanding.”

He added that the Swedish diplomat had championed some of the Organisation’s key ideals that have endured long after his death, such as placing human rights at the centre and focusing on prevention, saying they “remain guiding lights pointing the UN true north.” 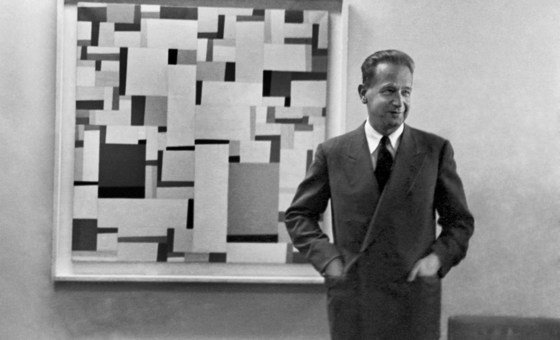 During his two terms, Dag Hammarskjöld presided over the creation of the first UN peacekeeping forces in Egypt and the Congo and intervened to defuse or resolve diplomatic crises.

Speaking at the same event, the President of the General Assembly, Volkan Bozkir, said he “revolutionized the Secretariat, creating a professional class of independent international civil servants committed to meeting the needs of the people we serve.”

For the leader of the General Assembly, Mr. Hammarskjöld “took on a on a role which many considered to be an impossible job.”

“However, he set out to share his belief in the capacity of the United Nations to save succeeding generations from the scourge of war.role which many considered to be an impossible job,” Bozkir added.

Mr. Guterres said he “had a vision for the UN to become both the measure and the vehicle of humanity’s most generous impulses”, and advanced it in practical ways.

Finally, the UN chief remembered how Mr. Hammarskjöld nurtured and sharpened the UN’s obligation to act, in times of crisis, on the ground, closest to the people the organisation serves, and who rely on it most.

Later in the day, at a wreath laying ceremony at the UN Headquarters in New York, Mr. Guterres said that Mr. Hammarskjöld’s legacy lives on to this day, “in the power of his example, as a reference for compassionate, courageous leadership, as a benchmark for integrity and idealism; and as a standard for selfless service. “

Looking ahead to the new session of the General Assembly, starting later in the month, the UN chief called on the international community to “build on his extraordinary legacy”.