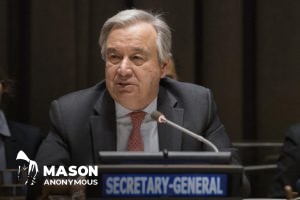 Media reported that leader Kim Jong-un  had announced that his country, also known as North Korea, was no longer bound to the self-imposed ban.

“The Secretary-General very much hopes that the tests will not resume, in line with relevant Security Council resolutions,” the statement said.

“Non-proliferation remains a fundamental pillar of global nuclear security and must be preserved.”

The statement added that UN chief António Guterres has also reiterated his support for the resumption of dialogue aimed at bringing about “the complete and verifiable” denuclearization of the Korean Peninsula.

“Diplomatic engagement is the only pathway to sustainable peace,” it concluded.