Speaking via video link, Secretary-General António Guterres highlighted some of the progress made at COP 26 last year but pointing to “the enormous emissions gap” conceded that “the main problem was not solved – it was not even properly addressed.”

“Keeping 1.5 alive requires a 45 per cent reduction in global emissions by 2030 and carbon neutrality by mid-century”, he said, highlighting how Russia’s invasion of Ukraine threatened to become a huge setback for the concerted effort to speed up climate action.

According to current national commitments however, global emissions are set to increase by almost 14 per cent during the rest of the decade.

With the planet warming by as much as 1.2 degrees, and where climate disasters have forced 30 million to flee their homes, Mr. Guterres warned: “We are sleepwalking to climate catastrophe.”

“In our globally connected world, no country and no corporation, can insulate itself from these levels of chaos.”

If we do not want to “kiss 1.5 goodbye…we need to go to the source – the G20” (group of leading industrialized nations), the UN chief said.

Noting that developed and emerging G20 economies account for 80 per cent of all global emissions, he drew attention to a high dependence on coal but underscored that “our planet can’t afford a climate blame game.”

Developed countries must not put the onus on emerging economies to accelerate their transition nor must emerging economies responding by saying, “you exported carbon-intensive heavy industrial activities to us in return for cheaper goods”.

“We can’t point fingers while the planet burns,” said the Organization head.

The Secretary-General pointed to “a cauldron of challenges” such as “scandalously uneven” COVID recovery, record inflation, and the fallout from Russia’s war in Ukraine, which risks upending global food and energy markets, “with major implications for the global climate agenda”.

“Countries could become so consumed by the immediate fossil fuel supply gap that they neglect or knee-cap policies to cut fossil fuel use,” Mr. Guterres insisted. “This is madness.”

As fossil fuels reliance continues to put the global economy and energy security at the mercy of geopolitical shocks and crises, “the timeline to cut emissions by 45 per cent is extremely tight.”

We can’t point fingers while the planet burns – UN chief

From high capital costs to technical challenges and inadequate finance, helping emerging economies to transition from coal to renewable energy has hit many roadblocks, he said.

“Developed countries, multilateral development banks, private financial institutions and companies with the technical know-how – all need to join forces…to deliver support at scale and with speed to coal-intensive economies”, he added.

Although a “major challenge,” developed and emerging economies must cooperate with each other for all G20 countries to deliver emission reductions.

And while all G20 nations have agreed to stop funding coal abroad, they must now dismantle their own coal infrastructure.

The Secretary-General said that “even the most ambitious action” cannot erase the fact that “the situation is already bad” and in some places irreversible.

“Adaptation and mitigation must be pursued with equal force and urgency… adaptation investments need to be dramatically scaled up to keep pace with accelerating impacts,” he said, calling on all donors and technical partners to work with the UN and vulnerable governments to identify and fund projects and programmes.

Beginning with public finance, wealthier countries must make good on their 2022 climate financial commitment of $100 billion to developing countries – with international financial institutions making it a priority.

Secondly, he said blended finance requires those institutions to partner with the private sector for joint investments, and innovation, to unlock trillions for the transition.

“It is the right thing to do – and the profitable thing to do,” he argued.

Instead of “hitting the brakes” on decarbonizing the global economy, the Secretary-General urged everyone to “put the pedal to the metal towards a renewable energy future.”

He concluded by laying out steps to meet the 1.5 degree goal, beginning with accelerating the phase-out of coal and fossil fuels; implementing a just and sustainable energy transition; and strengthening national climate plans.

Also imperative is to help emerging economies urgently phase out coal; increase climate finance to unlock needed trillions; decarbonize major sectors – such as shipping, aviation, steel and cement – and protect the most vulnerable by ensuring an equal focus on adaptation. 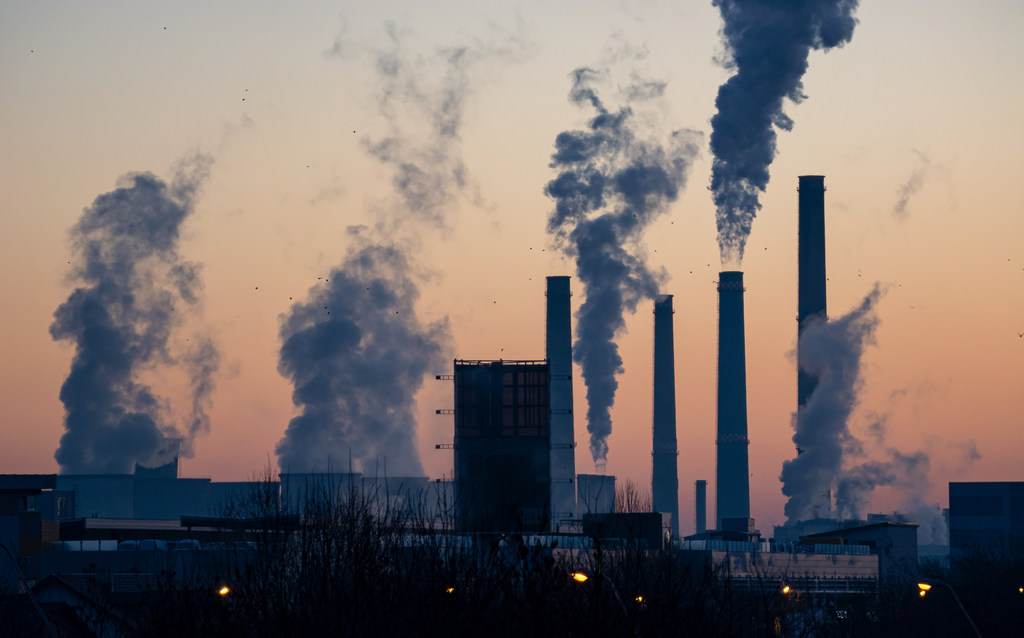 © Unsplash/Ella Ivanescu
Fossil fuel power plants are one of the largest emitters of the greenhouse gases that cause climate change.