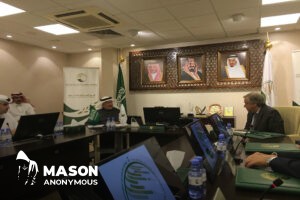 The al Ula declaration, named after the Saudi Arabian city where the Summit was held, recognizes the importance of unity among the GCC states and aims to strengthen regional security, peace, stability and prosperity, according to a statement issued by a spokesperson for the UN chief.

“The Secretary-General expresses his gratitude to those from the region and beyond, including the late Emir of Kuwait and late Sultan of Oman, who worked tirelessly towards resolving the Gulf rift,” the statement said.

Mr. Guterres “trusts that all countries concerned will continue to act in a positive spirit to strengthen their relations,” the statement added.

The political situation in the region had soured in 2017, with Saudi Arabia, the United Arab Emirates, Bahrain and Egypt severing diplomatic and economic ties with Qatar, alleging that it supported groups that they viewed as terrorist organizations and insisting that it comply with a list of demands. Qatar denied the allegations.