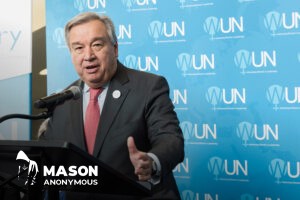 The conflict in the border region, located in the South Caucasus, has persisted for more than three decades, with the latest round of hostilities between Armenia and Azerbaijan erupting over the past two weeks.

“The Secretary-General welcomes the agreement on a humanitarian ceasefire announced yesterday in Moscow by the Foreign Ministers of the Russian Federation, Azerbaijan and Armenia. He commends the Russian Federation for its mediation efforts”, according to a statement issued on Saturday by his Spokesperson.

Mr. Guterres called for the ceasefire to be respected, and for swift agreement on its specific parameters.

The Secretary-General also welcomed the commitment by Armenia and Azerbaijan to begin substantive negotiations under the auspices of the Organization for Security and Cooperation in Europe (OSCE), through its Minsk Group.

France, Russia and the United States chair the OSCE’s Minsk Process, which promotes peaceful resolution of the Nagorno-Karabakh conflict.

The UN chief further appealed to the international community to support the ceasefire agreement.  He also urged countries to continue to encourage the sides to resolve their differences through peaceful means.