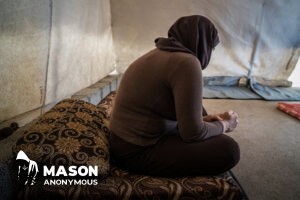 The UN Committee on #EnforcedDisappearances issues its findings on #Iraq, calls on the State party to incorporate the offence of enforced disappearances into domestic criminal legislation, and to ensure no person is held in secret detention. https://t.co/QAyYXCbF8h pic.twitter.com/t54yqPKfrJ

The Committee called on Iraq to incorporate the offence of enforced disappearance into its domestic criminal legislation and to ensure that no person is held in secret detention.

To be sure, the Committee also welcomed that Iraq set up two fact-finding committees, in 2016 and 2018, to address enforced disappearances committed in the country.  It also hailed the drafting of the Bill on the Protection of Persons from Enforced Disappearance, which is currently before the Council of Ministers.

But the experts also expressed concern at delays in adopting this legislation, which has fostered a lack of criminalization of the offence.  It recommended that Iraq revise the bill, in compliance with the International Convention, and in consultation with all stakeholders, including civil society.

Committee experts are also worried by the lack of reliable data on cases of enforced disappearance and the large quantity of unidentified bodies and mass graves. It recommended Iraq establish a consolidated nationwide database of all cases of disappearance that have occurred in the country since 1968.

For its part, the Committee said it has received allegations concerning around 420 secret detention sites.  It urged the State party to investigate thoroughly the allegations, and to close any such facilities or convert them into regular registered and supervised detention centres, as well as to take all necessary measures to ensure that no one is detained secretly in the future.

The Committee on Enforced Disappearances monitors States parties’ adherence to the Convention for the Protection of all Persons from Enforced Disappearance. The Committee is made up of 10 members who are independent human rights experts drawn from around the world, who serve in their personal capacity and not as representatives of States parties.  The Committee’s concluding observations are an independent assessment of States’ compliance with their human rights obligations under the treaty.