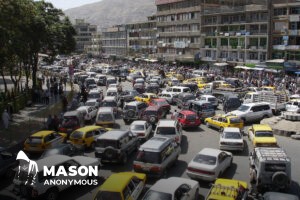 The Vice President survived the attack but dozens of civilian casualties – mostly bystanders – were reported in the blast, which took place in a crowded part of the city.

Relieved to hear @AmrullahSaleh2 survived today’s deplorable attack in #Kabul #Afghanistan and wish him all the best for a speedy recovery. Shocked by initial high number of civilian casualties, mainly bystanders. Perpetrators must face justice.

In a statement by his spokesperson, Secretary-General António Guterres extended his deepest sympathy and condolences to the families of the victims and wished a speedy recovery to those injured.

“The Secretary-General reiterates the urgency of achieving a peaceful settlement to the conflict in the country and reaffirms the United Nations commitment to supporting the people and Government of Afghanistan in this important endeavour,” added the statement.

In a separate message on her twitter account, Deborah Lyons, the Special Representative of the Secretary-General for Afghanistan, and the head of the UN Mission in the country (UNAMA) expressed “shock” at the initial high number of civilian casualties.

“Perpetrators must face justice,” she said.

The latest attack comes as Afghanistan prepares for the launch of direct peace negotiations. Briefing the UN Security Council last week, Ms. Lyons described the intra-Afghan talks as a historic moment to end the brutal conflict in the country.

The conflict, which has raged for four decades, has claimed thousands of lives and displaced millions over the years – most of whom have no prospects of return.