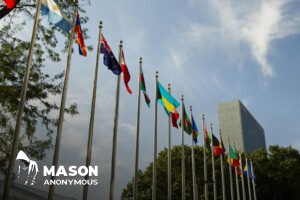 “Racism challenges every government, every society, and every organization – including our own”, he stated. “Let me be very clear: racism has no place in the United Nations.”

The UN, which turned 75 this year, supports countries in their efforts to confront racism, through developing legal tools and building capacity.

Mr. Guterres said this creates a special responsibility for personnel to examine and address racism and racial discrimination inside the Organization.

“It’s true that we have clear rules in place that prohibit and protect staff from all forms of discrimination, including racism. But let’s be honest: sometimes we have been slow to acknowledge the existence of racism inside the UN”, he said.

“We must examine our efforts and ask ourselves if we are doing enough to combat racism and racial discrimination inside our Organization.”

As racism is a complex cultural phenomenon, deeply entrenched in centuries of colonialism and slavery, addressing it is not a simple, one-time action, according to the UN chief.

“Addressing racism requires cultural and structural changes. It calls on us, all of us to examine long-held assumptions, and to question our unconscious biases”, he said.

The Secretary-General delivered the speech during a conversation on racism in the workplace, initiating a series of panel events and dialogues for UN staff.

The ‘Awareness and Action’ campaign aims to make sure that everyone who contributes to the work of the UN feels respected and valued as an individual, and as a member of the UN family.

“We need to do better at listening to one another and acknowledging disappointment, anger and pain”, he said.

The dialogues will be led by different UN duty stations around the world and will consider the different facets of racism, and how to strengthen prevention and response.

Leaders and experts from across the UN, and from civil society and the private sector, will participate.

For Mr. Guterres, the conversation marked the start of an important opportunity for reflection and change.

“Together, let’s make sure people of every race, ethnicity, colour, gender, religion, creed and sexual orientation enjoy a sense of belonging and safety, and have an equal opportunity to contribute to the success of our United Nations,” he said. MW