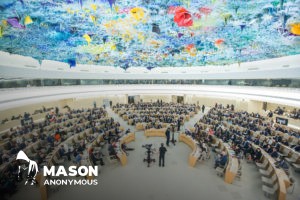 More than 200 cases of harassment and judicial action against members or supporters of the outlawed Cambodia National Rescue Party (CNRP) have been reported since January, Rhona Smith informed in a statement on Friday.

She said credible information shows nearly 89 people were charged with ‘plotting against the State’ and more than 50 have been arrested.

Meanwhile, the CNRP former leader Sam Rainsy, who has been in self-imposed exile, has vowed to return to Cambodia on Saturday. However, Prime Minister Hun Sen said he will be arrested on arrival, having been convicted in absentia and sentenced to jail.

“The rapid increase in numbers of arrests and serious charges filed against CNRP members is alarming,” said Ms. Smith, who is the UN Special Rapporteur on the human rights situation in Cambodia, appointed by the Human Rights Council.

“Arrests based on exercising the rights to freedom of opinion and expression, through political discourse and commenting on public affairs are not permitted. Cambodia must respect its international obligations.”

Ms. Smith is also concerned that some CNRP members in nearby countries have been detained after attempting to travel to Cambodia.

‘Diverging political voices’ should be heard

“I call on the Government and all parties to reduce escalations in tensions and seek dialogue in a peaceful environment that allows for diverging political voices to be expressed, and to avoid any further restrictions on fundamental freedoms that are necessary for the enjoyment of human rights by all,” she said.

Besides the arrests, civil society groups in Cambodia also have reported increased surveillance and monitoring by local authorities. There has also been a significant increase in the deployment of armed forces at border checkpoints and various villages.

Ms. Smith pointed out that Cambodia will celebrate two public holidays this weekend, starting with Independence Day on Saturday, which is also the eve of Bon Om Touk, the Water Festival marking the end of the rainy season.

While acknowledging that there may be heightened security around this time, she stated that “everyone has the right to safely enjoy these peaceful cultural celebrations free from fear”.