“Mr. Assange has been arbitrarily deprived of his liberty for the past ten years”,  wrote Nils Melzer, Special Rapporteur on torture and other cruel, inhuman or degrading treatment or punishment. “This is a high price to pay for the courage to publish true information about government misconduct throughout the world”.

Incarcerated since the authorities arrested him inside London’s Ecuadorian Embassy in April, 2019, a British court is set to rule on 4 January as to whether or not Mr. Assange should be extradited to the US.

UN expert @NilsMelzer issues an open letter to #UnitedStates President Donald Trump, asking him to pardon #Wikileaks founder #JulianAssange, held in Belmarsh high security prison since his arrest inside the Embassy of Ecuador in London in 2019 👉 https://t.co/qlO48b2G0U pic.twitter.com/9bRAiaGI0b

“I can attest to the fact that his health has seriously deteriorated, to the point where his life is now in danger”, Mr. Melzer said. “Critically, Mr. Assange suffers from a documented respiratory condition which renders him extremely vulnerable to the Covid-19 pandemic that has recently broken out in the prison”.

If extradited to the US, the Wikileaks founder faces criminal prosecution and up to 175 years in prison for the 2010 publication of secret documents through his platform which publishes leaked military, diplomatic, and other files categorized as State secrets.

The UN expert asked that Mr. Assange be pardoned, saying, “he is not, and has never been, an enemy of the American people”.

“Wikileaks fights secrecy and corruption throughout the world and, therefore, acts in the public interest both of the American people and of humanity as a whole”, maintained Mr. Melzer.

He made the case that Mr. Assange had never hacked, stolen or published false information, nor caused reputational harm through any personal misconduct, pointing out that whether one agrees or disagrees with their publications, “they clearly cannot be regarded as crimes”.

The Special Rapporteur upheld that Mr. Assange had obtained his information from “authentic documents and sources in the same way as any other serious and independent investigative journalists conduct their work”.

The independent expert explained his request, saying that prosecuting Mr. Assange for publishing true information about serious official misconduct would amount to “shooting the messenger” rather than correcting the problem he exposed. 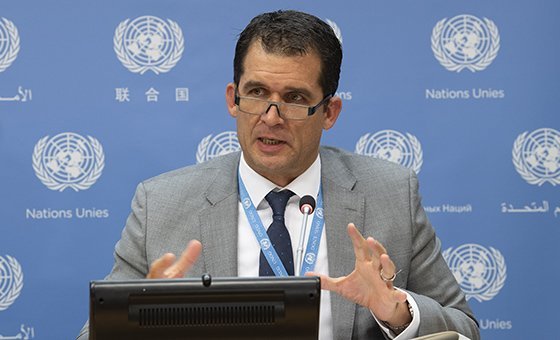 Moreover, it would be incompatible with the core values of justice, rule of law and press freedom, as reflected in the American Constitution and US-ratified international human rights instruments.

The Special Rapporteur upheld that a pardon would “rehabilitate a courageous man who has suffered injustice, persecution and humiliation for more than a decade, simply for telling the truth” and give a father back to his two young sons while reassuring “all children of the world, that there is nothing wrong with telling the truth, but that it is the right thing to do; that it is honourable to fight for justice and, indeed, that these are the values America and the world stand for”.

“In pardoning Mr. Assange, Mr. President, you would send a clear message of justice, truth and humanity to the American people and to the world”, said the UN independent expert.

Special Rapporteurs are part of what is known as the Special Procedures of the Human Rights Council. The experts work on a voluntary basis; they are not UN staff and do not receive a salary. They are independent from any government or organization and serve in their individual capacity.