António Guterres was speaking at the opening of the latest session of the UN Special Committee dealing with decolonization, which he called one of the “defining mandates” of the global Organization.

“Decolonization is a process that has to be guided by the aspirations and needs of the communities living in the territories. The concerns of the peoples of the Territories are varied, and it is our collective responsibility to amplify their voices,” he said.

The UN was established in 1945 when nearly one-third of the global population – roughly 750 million people – lived under colonial rule.

Since then, more than 80 former colonies have gained independence.

Today, 17 territories remain, mainly in the Americas and the Pacific.

Many are facing “very real and pressing challenges”, Mr. Guterres told the Committee.

“The vast majority of the Territories are small islands on the frontlines of climate change. Many have faced devastating natural disasters.  Others are struggling to build sustainable and self-sufficient economies,” he said.

“We must continue to serve as a forum for meaningful dialogue between Territories and administering Powers to enable the peoples of the Territories to make informed decisions about their future.”

The promise of self-government

The Secretary-General, who is from Portugal, also spoke about his deep connection to the issue.

“Indeed, I can never forget the fact that it was thanks to the liberation movements of Angola, Mozambique and Guinea-Bissau, and their struggle for independence, that the Portuguese Army conducted the April (1974) revolution that led to democracy in my own country,” he stated. 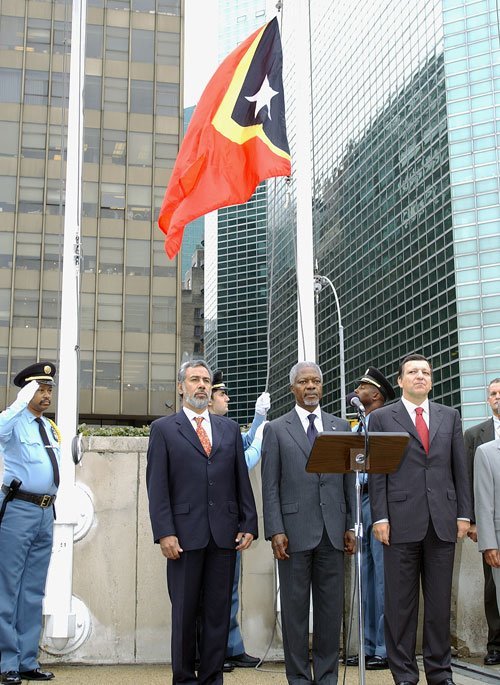 People living in the world’s remaining territories “are still waiting for the promise of self-government to be fulfilled”, he said.

And with the Timor-Leste being the last to achieve this milestone nearly 20 years ago, the UN chief described the “decolonization agenda” as slow, but still moving forward.

He pointed to New Caledonia, a French territory in the Pacific, which will hold a second independence referendum in September.  The first was in 2018.

The UN and Decolonization

Decolonization “is certainly one of the most significant chapters in the UN’s history”, according to the Secretary-General, who commended the key role played by the Committee.

UN engagement derives from the principle of “equal rights and self-determination of peoples”, as stipulated in the UN Charter, the Organization’s founding document.

The Special Committee on Decolonization examines the application of a 1960 General Assembly declaration on the Granting of Independence to Colonial Countries and Peoples.

Ambassador Keisha McGuire of Grenada is the chair, which she described as an “uplifting responsibility”.

In December, Ms. McGuire led a mission to the British overseas territory of Montserrat, where a 1995 volcano left nearly half of the Caribbean island uninhabitable.

The visit focused on the territory’s political, economic, social and environmental development, and challenges to achieving sustainable development. A final report will be issued shortly.