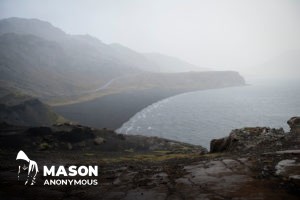 “In the past four decades, plastic pollution in the sea has increased ten-fold”, he told the meeting. A third of fish stocks are now overexploited; de-oxygenated dead zones are growing rapidly in extent and number; and ocean acidification, sea level rise and other impacts of climate change are “taking a massive toll”.

The 29th Meeting of States Parties to the @UN Convention on the Law of the Sea (17-19 June) is ongoing at @UNHQ in New York. Looking for more information about the Law of the Sea? #AskDag https://t.co/JlYTFd2SHn pic.twitter.com/hTezAnrydc

Commemorating 25 years since its entry into force, Mr. Guterres dubbed the Convention “the constitution for our oceans”.

With “nearly universal acceptance”, it provides a “comprehensive framework for the peaceful, cooperative and sustainable use of seas, oceans and their resources”, he elaborated.

“And it has provided a foundation for the progressive development of the Law of the Sea”, he said, calling it “essential” to have a well-defined and extensive body of international law establishing the rights and responsibilities of countries.

The UN chief stressed that activities must be sustainable; relationships among parties adequately regulated; needs and challenges addressed; and peace and security maintained.

He spoke about his recent visit to Fiji, Tuvalu and Vanuatu in the Pacific, where he saw the consequences already taking their toll.

“Thankfully” he said, “we have a battle plan”, namely the Sustainable Development Goals (SDGs), particularly Goal 14 with its 10 targets from addressing marine pollution and acidification, to ending overfishing and protecting ecosystems.

However, for this to be effective “we need the full implementation of the legal regime for the oceans as set out by the Convention and other relevant international instrument”.

According to the UN chief, the overall 2030 Agenda for Sustainable Development “commits us to this aim”, as it specifically calls for enhancing the conservation and sustainable use of oceans by implementing international law, as reflected in the Convention.

In the past four decades, plastic pollution in the sea has increased ten-fold – UN chief

“This is one of the key-means to achieving Sustainable Development Goal 14 and other ocean-related targets” he flagged, noting that the 2030 Agenda also embraces the pledge to leave no one behind, including people who depend on the oceans for food security, tourism, transportation, heritage and climate regulation.

Mr. Guterres maintained that acknowledging the “human dimension of the oceans” was critical.

“Conflicting demands from industry, fishing, shipping, mining and tourism are creating unsustainable levels of stress on marine and coastal ecosystems”, he laid out, adding “we must act across an array of sectors to address these challenges”.

Pointing to the UN Law of the Sea Convention as “one of our best tools”, Mr. Guterres appealed to all States Parties to “approach the task of the Convention’s full implementation with renewed commitment and vigour”.

“Let us be the generation that reverses the cycle of continuous decline in our oceans and ensures their conservation and sustainable use, for the benefit of current and future generations”, concluded the Secretary-General.