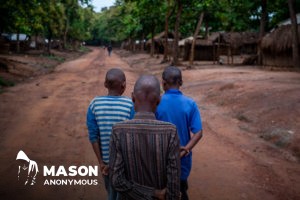 📢Good news from #CAR: The National Assembly in the Central African Republic adopted recently the Child Protection Code which criminalizes the recruitment and use of children among other crimes.

The National Assembly in CAR recently adopted the Child Protection Code, which criminalizes the recruitment and use of children, among other crimes.

“This Code is a strong step for the protection of children and the prevention of grave violations. It also brings hope to the victims and I encourage the authorities to continue to pursue accountability for perpetrators of crimes against children and bring them to justice,” said the Special Representative of the Secretary-General for Children and Armed Conflict, Virginia Gamba.

The Code stresses that children associated with armed groups should be considered primarily as victims and addresses other grave violations, including sexual violence. Its adoption follows an extensive period of consultations and advocacy from the UN, according to a press release issued by the Special Representative’s office.

While the Government of CAR has taken a series of commitments over the past year to better protect children, the country continues to endure “dramatic” levels of grave violations.

The Special Representative urged the Government to, among other steps, adopt the draft protocol for the handover of children associated with armed groups to civilian child protection actors, so they can benefit from appropriate reintegration support, and called on the international community to support long-term reintegration programmes.