In paying tributed to those who “relentlessly – and courageously – fight racism, racial discrimination, xenophobia and related intolerance,” she outlined to the Human Rights Council that progress was being made.

“Powerful global movements against racism are shifting the status quo”, the UN right chief said, pointing to the “worldwide protests against racism and racial discrimination” prompted by the murder of George Floyd in 2020, as a “testimony to the power of people and solidarity.”

“We are moving too slowly”–@mbachelet urges the Human Rights Council #HRC49 to address protection gaps in fighting racism. “It is vital & urgent that we unite to accelerate the pace in the fight against #racism & racial discrimination: https://t.co/uAoCk0SpLw#FightRacism pic.twitter.com/JpS8KozK8S

In confronting the immense racism and discrimination that deeply permeate social structures and institutions, she noted that brave defenders are often met with “xenophobia and hate speech…[and] countless obstacles”.

While welcoming the “considerable efforts” of rights defenders and encouraged by their progress, she acknowledged that millions continue to be threatened by racism.

“This can often take the form of Islamophobia, antisemitism, religious discrimination and intolerance, affecting Muslim, Arab, Jewish and other communities around the world”.

“This hatred is often fed by political discourse, or by the media”, the High Commissioner explained, saying that “toxic narratives destroy our social fabric…[and] destabilize our common values.”

She said that in times of peace as well as in conflict, authorities, politicians and the private sector bear “special responsibility” not to incite hatred, discrimination and violence, including in online.

“All manifestations of racism must be immediately addressed and stopped”.

Pick up the pace

“We are moving too slowly,” Ms. Bachelet told the meeting. “It is vital – and urgent – that we unite to accelerate the pace in the fight against racism and racial discrimination”.

Noting that the Durban PoA remains “more relevant than ever” in this fight, she underscored that States also need to honour their obligations and use international instruments to devise laws and policies that speak to racism and racial discrimination.

“The newly established Permanent Forum of People of African Descent will soon start operating and advise this Council on matters related to people of African descent,” the High Commissioner said.

It will also contribute to the drawing up of a UN declaration on promoting, protecting and fully respecting the human rights of people of African descent.

She said that her office, OHCHR’s, Four-point Agenda Towards Transformative Change for Racial Justice and Equality also provides a “number of important recommendations and a clear path for action.” 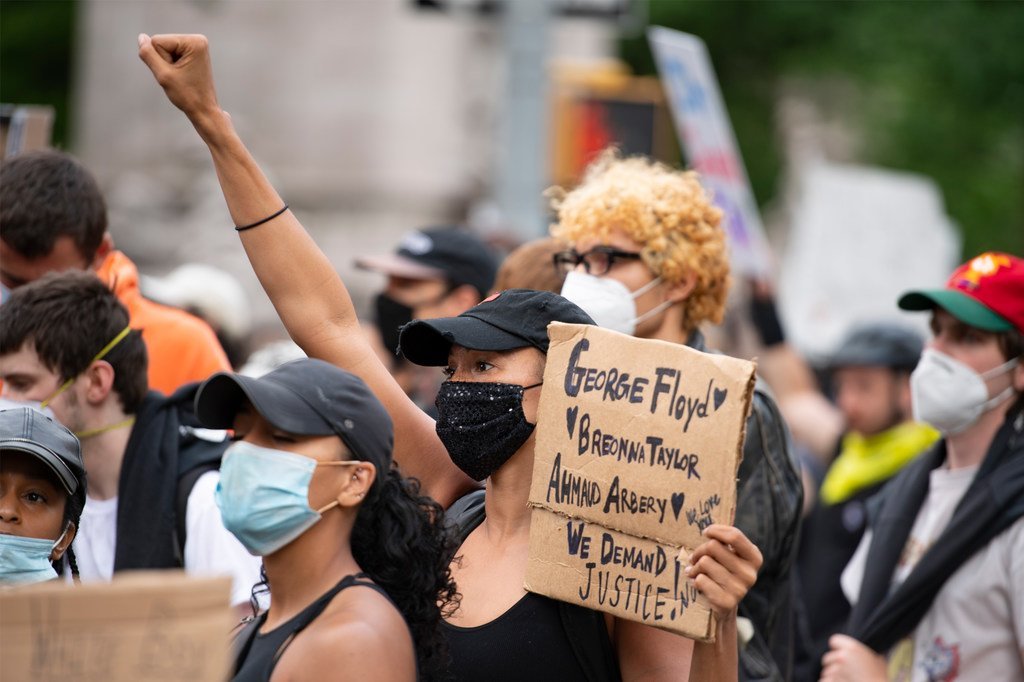 The UN rights chief pushed for States to listen to those being discriminated against, stand up against racism in all its forms, and act on their concerns.

“This cannot be a purely tokenistic effort,” she said, describing as a “fundamental step” that activists and communities have meaningful, effective participation and representation “at all levels of decision-making” in the fight against racial discrimination.

Furthermore, she continued, States and societies must address the legacy and consequences of racism and exclusion, including colonial exploitation, enslavement and the trade in enslaved Africans.

It is time to deliver reparatory justice – UN rights chief

“These crimes affected generations of women, men and children, stripping them of their humanity,” Ms. Bachelet said, adding that “it is time to deliver reparatory justice”.

Only by embracing our differences can progress towards real change be made.

“The International Day for the Elimination of Racial Discrimination is observed to remind us of the horrors which racial discrimination can cause,” she told the participants.

Observing that “collective action is powerful action,” she urged everyone to stand in solidarity with all victims.

“Together, let’s raise our voice and stand up against racism,” the High Commissioner concluded. “Never again”.