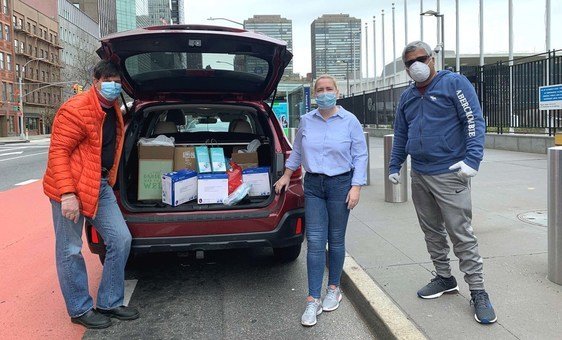 Even before life across the Big Apple was in effect put on pause, with non-essential workers across the city told to work from home when possible, among  other lockdown measures, UN Staff Union President Patricia Nemeth had been “advocating strenuously for full telecommuting”.

Shortly thereafter, the UN mandated that most of its 6,500 staff at the complex – along with thousands of personnel from its agencies,including the UN Children’s Fund (UNICEF) and the UN Development Programme (UNDP) at UN Headquarters in New York – work remotely.  Essential personnel however, were still required to report to the office.

Preparing for the worst

At the end of March, as the situation went from bad to worse, the Secretariat lent its support to city workers in hospitals, driving ambulances and others  who put their lives on the line by donating 250,000 face masks, which Mayor Bill de Blasio personally collected along with his team, from UN Headquarters.

“New York City has always been proud to host the United Nations”, Penny Abeywardena, New York City’s Commissioner for International Affairs told UN News. “Over the last six years we have built the relationship into one of collaboration and partnership. And this bond was deepened during the COVID crisis and the extraordinary and historic donation of 250,000 masks, were distributed to our healthcare personnel in our hospitals”.

“I have never felt more proud to be the Commissioner for International Affairs”,  she tweeted

But with major gaps in supplies still impacting hospitals and health workers grappling with the pandemic, the UN Staff Union stepped in and invited UN workers from across the world who call New York home, to donate lifesaving personal protective equipment (PPE), including desperately needed masks, surgical gowns and hard to find hand sanitizer.

The wonderful people who work at the UN pooled their donations of lifesaving protective gear like masks and surgical gowns, and brought them directly to our heroes at Elmhurst Hospital in Queens. We are all New Yorkers. pic.twitter.com/EKxjTB59tP

After Ms. Nemeth and Staff Union Assistant Treasurer Yogesh Sakharande strategically organized pick-ups, they joined colleagues in collecting and driving the items in their own cars, directly to desperate hospitals.

The first was Elmhurst Hospital in Queens, one of the hardest hit infirmaries in all of the city’s five boroughs.

“On our first time donating, it was a bit scary for me to be there physically”, Mr. Sakharande told UN News. “Waiting five minutes inside the car for my contact person to arrive felt like forever. I did see a couple of nurses sitting outside on the curb trying to soak in the sun, looking completely exhausted”.

But when Kin Chung, a volunteer who collected the donations for the hospital, picked up the items, he could see the appreciation in her eyes.

“She verbally thanked me multiple times though the mask, but her eyes spoke louder than her words”, he said . “A lot of our staff responded in every way they could, which is what the UN stands for at its core”.

Mr. Sakharande also recounted when he drove up to Connecticut to pick up 70 surgical masks, wondering at the time, if the cost of tolls and petrol made the trip worthwhile for a relatively small consignment. But, he decided  every mask counts in the city’s struggle against the mounting death toll.

“Those 70 surgical masks were precious items in the hospitals. They could save the life of 70 medical staff, who in turn could save at least 700 of us”, he pointed out.  “So, yes driving that far that day, that week was important, no matter the cost”.

More work to be done

As the Secretary-General has expressed the UN’s determination in supporting its host city during this difficult time, the Staff Union has coordinated with the Deputy Commissioner for Operations and Strategic Partnerships, the NYC Mayor’s Office for International Affairs, and others in announcing online volunteer opportunities for those interested, including with New York Cares and Stony Brook Hospital on Long Island.

Five weeks after UN staff had begun self-quarantining and working from home,  a wide array of information technology platforms have allowed the Organization to continue carrying out its vital work while exercising every precaution in the fight against the pandemic.

And it has set up dedicated COVID websites to help calm fears by offering a wealth of reliable information and providing detailed responses for staff as well as the general public. 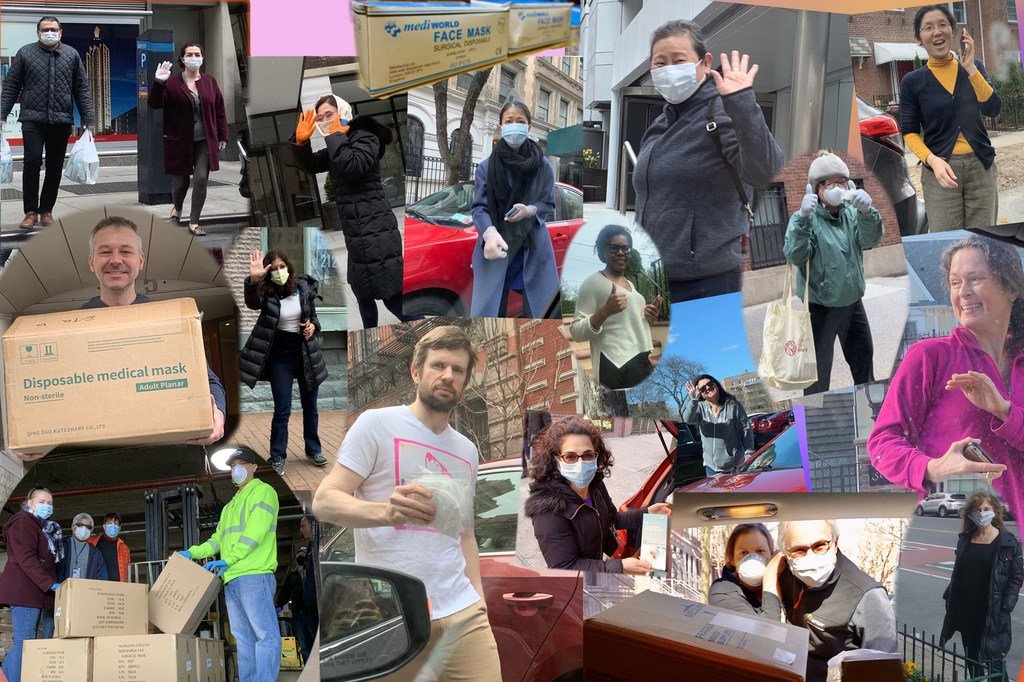