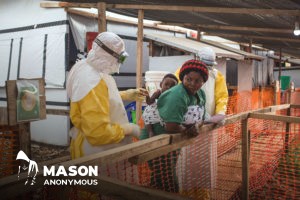 On Wednesday, David Gressley, the UN Ebola Emergency Response Coordinator, and Dr. Ibrahima Socé Fall, Assistant Director-General for Emergency Response at the World Health Organization (WHO), released a joint statement announcing that they are “working intensively” to halt any further spread.

Surveillance is being stepped up at all entry and exit points in the area, but more needs to be done to eradicate Ebola, the officials said, calling for a “strong, resilient health system” to avoid a resurgence of the disease in DRC.

Tomorrow, 1 August, marks one year since the Government of #DRC declared an #Ebola outbreak in North Kivu province. @DrTedros, @UNReliefChief, @unicefchief & @WFPChief salute the heroic efforts of the #healthworkers on the front line 👉https://t.co/V22qcswIMA pic.twitter.com/SwsIVLTIQP

The senior officials stated that there is no evidence that the second case in Goma is linked to the first confirmed case. The first concerned a pastor who travelled to Goma from Butembo in North Kivu. The second is a miner who had been working in Ituri. The disease is centred in both provinces.

The reports of the second case of Ebola come a day after the UN Children’s Fund, UNICEF, said that it needs to trip its budget to tackle the complex crisis, which is complicated by ongoing conflict, and an outbreak of measles.

On Friday, the UN World Food Programme (WFP) announced that, over the next six months, it is planning to scale up and double food assistance to people affected by the disease, in preparation for a potential further escalation of the epidemic.

The WFP support is for 440,000 “Ebola-affected” people in DRC, which includes contacts of victims and their families, as well as confirmed and suspected cases.

The discovery of this new case comes just ahead of the marking tomorrow, 1 August, of one year since the Government of the DRC declared an outbreak of the Ebola virus disease in North Kivu province. Two weeks ago, it was declared a public health emergency of international concern.

“This latest case in such a dense population center underscores the very real risk of further disease transmission, perhaps beyond the country’s borders, and the very urgent need for a strengthened global response and increased donor investment,” said top officials from the WFP, WHO, UNICEF and the UN Office for Coordination of Humanitarian Affairs (OCHA).

In the last year, there have been more than 2,600 confirmed cases, including more than 1,800 deaths in parts of Ituri and North Kivu provinces. Almost one in three ‘cases’ is a child. Every single ‘case’ is someone who has gone through an unimaginable ordeal. More than 770 have survived.

“The challenges to stopping further transmission are indeed considerable. But none are insurmountable. And none can be an excuse for not getting the job done. The United Nations and partners are continuing to ramp up the response in support of the Government and to further bolster joint action, the UN leaders said.