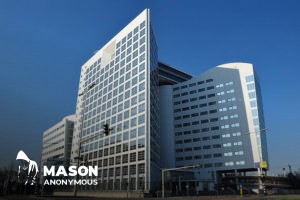 The decision, reached unanimously on appeal by judges at the International Criminal Court (ICC) in The Hague, overturns an earlier decision vetoing an inquiry, on the grounds that it “would not be in the interests of justice”.

🎥 “Today is an important day for the cause of international criminal justice” – #ICC Prosecutor #FatouBensouda, following the Appeals Chamber’s decision authorising an investigation into the Situation in #Afghanistan. Watch the full statement⤵https://t.co/PvRpuQyjp3

Investigation appeal first made in 2017

The probe will be led by ICC Prosecutor Fatou Bensouda, who made the request to to the ICC’s Pre-Trial Chamber in November 2017.

At the time, her Office cited grave crimes “and the absence of relevant national proceedings against those who appear to be most responsible for the most serious crimes”.

The ICC Prosecutor’s request covered alleged abuses committed in Afghanistan since 1 May 2003, as well as other alleged crimes since 1 July 2002, which were committed by States Parties to the Rome Statute – the 1998 international agreement that led to the formation of the court.

Afghan, Taliban and US forces in spotlight

The ICC Prosecutor is also set to probe alleged war crimes by U.S. military personnel in Afghanistan and by members of the Central Intelligence Agency (CIA) in “secret detention facilities” in Afghanistan “and on the territory of other States Parties to the Rome Statute, principally in the period of 2003-2004”.

In an earlier statement, Ms. Bensouda’s Office said that “that there are no substantial reasons to believe that the opening of an investigation would not serve the interests of justice, taking into account the gravity of the crimes and the interests of victims”.

The Prosecutor maintained that her Office’s sole objective was to investigate and prosecute alleged war crimes and crimes against humanity “independently, impartially and objectively”.

U.S. Secretary of State Michael Pompeo has issued a statement calling the court’s decision “a truly breathtaking action by an unaccountable political institution, masquerading as a legal body”, adding that it “is all the more reckless” as it came just days after the signing of a “historic peace deal” between Washington and the Taliban.

“This is yet another reminder of what happens when multilateral bodies lack oversight and responsible leadership, and become instead a vehicle for political vendettas.  The ICC has today stumbled into a sorry affirmation of every denunciation made by its harshest critics over the past three decades”, he stated.

Court can issue summons to ‘no matter who’

For the purposes of its investigation, the ICC Prosecutor can request that the court’s judges issue summons to appear or arrest warrants “no matter who the perpetrator”, for alleged atrocity crimes committed in connection with the Situation in Afghanistan, her Office said.

In addition to Afghanistan, the ICC Prosecutor’s Office has been conducting investigations in Burundi, Uganda; the Democratic Republic of the Congo, Darfur, Sudan; the Central African Republic, Kenya, Libya, Côte d’Ivoire, Mali and Georgia.

Preliminary examinations have also begun into the registered vessels of Comoros, Greece and Cambodia; as well as into Colombia, Gabon, Guinea, Iraq/UK, the Occupied Palestinian Territories, Nigeria and Ukraine.