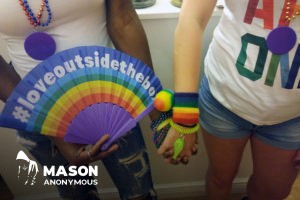 In a statement issued ahead of presenting his latest report to the Human Rights Council later this month, Victor Madrigal-Borloz urged States to collect more data in an effort to understand the root causes of violence which is often routinely directed towards Lesbian, Gay, Bisexual and Transgender (LGBT) people in societies across the world.

Policymakers are taking decisions in the dark, left only with personal preconceptions and prejudices – UN Independent Expert Victor-Madrigal-Borloz

“States must adequately address this scourge through public policy, access to justice, law reform or administrative actions,” said Mr. Madrigal-Borloz. “In most contexts, policymakers are taking decisions in the dark, left only with personal preconceptions and prejudices.”

Clear information about the realities as lived by most LGBT people are at best, little understood, “incomplete and fragmented”, said the UN Independent Expert on Protection against violence and discrimination based on sexual orientation and gender identity, “but in most countries it is simply non-existent”.

“My findings show that barriers created by criminalization, pathologization, demonization and stigmatization, hinder accurate estimates regarding the world population” which is affected, he said. “Maintaining such a level of ignorance without seeking appropriate evidence is tantamount to criminal negligence.”

The expert said that data collection efforts are already underway in many parts of the world and have supported assessments of the situation of LGBT persons in various areas of life, including their relative safety, well-being, health, education and employment.

“However, many other areas still lack data and remain unexplored, for example, the concerns of ageing LGBT people and intersections with disability, racism and xenophobia”, he noted, adding that where States criminalize certain forms of sexual orientation and gender identity and expression, fully effective data collection is impossible: “I have received multiple accounts of data being used for surveillance, harassment, entrapment, arrest and persecution by government officials in such contexts”, he added.

The rapporteur called on States to “design and implement comprehensive data collection procedures to assess the type, prevalence, trends and patters of violence and discrimination against LGBT persons. When doing so, States should always respect the overriding ‘do no harm’ principle and follow a human rights-based approach to prevent the misuse of collected data,” concluded the expert.