He was responding to a question at the regular noon briefing at UN Headquarters in New York, about the ruling, which in effect strips away the power of the EPA to reduce carbon dioxide emissions.

The case was brought against the US Government agency by the state of West Virginia on behalf of other mainly Republican-led states, and several major coal producing companies. 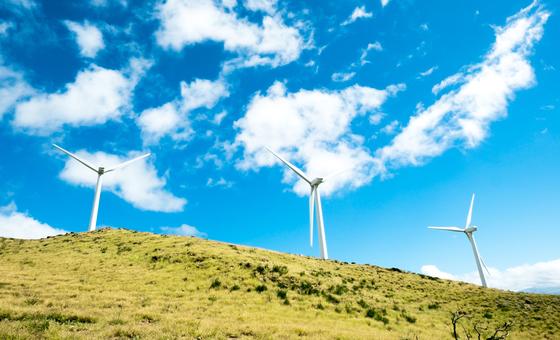 A wind turbine farm in Maui, USA., by © Unsplash/Tim Foster

The issue at hand decided on by a majority of 6-3, was whether the EPA had the right to regulate CO2 emissions on a state-wide, versus an individual company level.

The conservative-leaning majority on the Court sided with the states and fossil fuel interests which argued it threatened excessive regulation, agreeing that Congress – when the EPA was established – did not intent to delegate such significant decisions, to an agency.

US President Joe Biden described it as a “devastating decision”. Although the court ruling does not prevent the EPA from regulating emissions in the future, according to news reports, it makes clear that Congress would have to give clear consent for the agency to act.

“While it is not the UN’s role to provide legal commentary on judicial decisions of individual Member States, just more generally, I can say that this is a setback in our fight against climate change, when we are already far off-track in meeting the goals of the Paris Agreement”, Mr. Dujarric told correspondents.

“The Secretary-General has said repeatedly that the G20 [group of developed industrialized economies] must lead the way in dramatically stepping up climate action”, he continued.

“Decisions like todays in the US – or any other major emitting economy – make it harder to meet the goals of the Paris Agreement, for a healthy, liveable planet, especially as we need to accelerate the phase out of coal and the transition to renewable energies.”

The US continues to be the largest emitter of planet-warming CO2 gases, second to China, however, Mr. Dujarric said it was important not to over-react to the actions of one nation’s high court.

“We also need to remember that an emergency as global in nature as climate change requires a global response, and the actions of a single nation should not and cannot make or break whether we reach our climate objectives.”

He reminded that the UN Secretary-General António Guterres had said recently that there is still time to avert the worst impacts of climate change, “if all nations – especially those who make up the G20 – step up their efforts, together with cities, regions, businesses and investors, and individuals everywhere raising their voices for bolder climate action.”