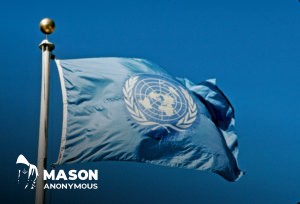 The UN is aiming to reach the global public, via dialogues which will be held around the world, from January 2020. The objective of the dialogues is to listen to the hopes and fears of a wide range of people, to learn from their experiences, and spark discussion on ways to build a better world for all.

Feedback will be sought from all segments and generations of society, in settings as varied as classrooms, boardrooms, parliaments and village halls, but there will be a particular focus on youth, and marginalized groups.

The views and ideas generated, will be presented to world leaders, and senior UN officials, at a high-profile event held in September 2020.

The information gathered – alongside the results of global opinion polling and media analysis – will feed into a global vision for 2045, the year the UN turns 100. It is expected to increase understanding of threats to a sustainable, inclusive future for all, and drive collective action to achieve that vision.

Speaking at a press conference on Thursday, Fabrizio Hochschild, the senior UN official overseeing the 75-year anniversary events, said that they come at a time when the world is more inter-connected than ever before, and facing a host of problems that need to be faced through global cooperation; but also a time when nations are retreating from the institutions set up to address such challenges.

Mr. Hochschild said that the UN Secretary-General António Guterres, hopes to inspire a process of reflection on the state of the world, and the extent to which it is drifting away from the UN’s aspirations for a better future, as laid out in the 2030 Agenda for Sustainable Development.

The UN-inspired conversations will, said Mr. Hochschild, be focused around three main areas. Firstly, defining the future we want, as we look towards 2045; identifying the global megatrends, and where they are taking the world away from that vision; and a critical discussion that generates ideas for improving global cooperation.

Find more information on the UN’s plans to mark its 75-year anniversary, and how to get involved in the global conversation on the world’s future, here.