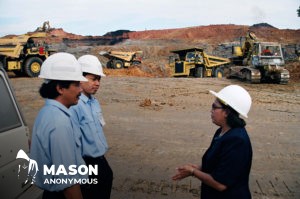 With potential to boost profits by up to 20 per cent, a woman’s place is at work: ILO 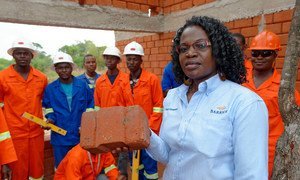 Businesses perform better – sometimes by as much as 20 per cent – when they employ more women in top positions, UN labour experts said on Wednesday, warning nonetheless that most still pay lip-service to the idea of gender equality in the boardroom.

In a report covering 13,000 firms in 70 countries, the International Labour Organization (ILO), said that globally, around six in 10 agreed that gender diversity improved their business, with almost as many citing gains in creativity, innovation and reputation.

In terms of profits, almost three-quarters of companies that tracked gender diversity in management positions reported increases of between five and 20 per cent, while the majority saw 10 to 15 per cent growth. 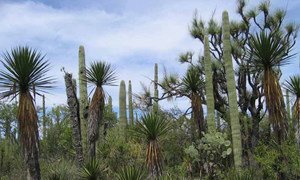 The food people eat around the world is becoming “alarmingly homogenous” according to UN data, even though access to a wide variety of nutritious food has never been greater.

That’s one of the warning signs being discussed as the world marks the International Day for Biological Diversity on Wednesday, which this year highlights the impact of environmental neglect on food security and public health.

The day themed “Our Biodiversity, Our Food, Our Health” aims to leverage knowledge and spread awareness of how much all life depends on biodiversity.

Full story here, and here’s our report from earlier this month on the key biodiversity study showing the cost of human behaviour for species worldwide. 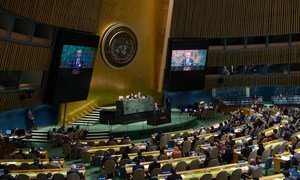 The UN General Assembly has backed a motion censuring the United Kingdom’s occupation of the Chagos Islands, in the Indian Ocean, urging the island chain to be reunified with neighbouring Mauritius within six months.

There were 116 votes for the motion, with more than 50 abstentions, and just five votes against, including the UK, United States, and Hungary.

The vote followed on from an Advisory Opinion issued by the International Court of Justice (ICJ) at the end of February (UN News report here), which stated the UK was “under an obligation” to ends its administration of the islands “as rapidly as possible”.

The UK retained sovereignty over the islands after Mauritius gained its independence from Britain in 1968, following a reported compensation deal between the two States.

The entire Chagossian population was forcibly removed from the territory between 1967 and 1973 and prevented from returning. The Court said that ending UK control was a necessary step to full decolonization of Mauritius in a manner “consistent with the right of peoples to self-determination.

The islands are known by the UK Foreign Office as the British Indian Ocean Territory. The resolution is not binding on the UK to act, but according to news reports, the overwhelming vote against, followed a robust lobbying campaign at the UN and in national capitals. 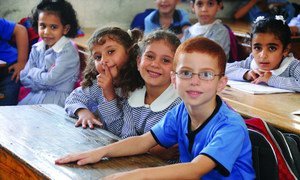 The head of the UN relief and works agency for Palestine Refugees (UNRWA) warned on Wednesday that despite weathering a “truly existential crisis” over funding last year, money to continue operations in the Gaza Strip will only last until mid-June.

Commissioner-General Pierre Krähenbühl told the Council it was “absolutely critical to avoid a breakdown of our food pipeline” and called on partners – 42 of whom increased their contributions to UNRWA last year after the United States withdrew funding – “to actively mobilize in support of our efforts”.

He was briefing via video-link, along with the UN Special Coordinator for the Middle East Peace Process, Nickolay Mladenov, on the overall political and humanitarian situation surrounding the Israel-Palestine conflict. 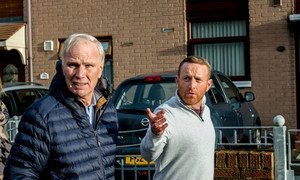 “The results of the austerity experiment are crystal clear. Record levels of hunger and homelessness, falling life expectancy for some groups, even fewer community services and greatly reduced policing.”

This damning assessment of the UK Government’s austerity policies comes from Philip Alston, the UN Special Rapporteur on extreme poverty and human rights, whose report on the UK was released in Geneva on Wednesday.

Mr. Alston condemned austerity as an “ideological project” which has seen UK standards of well-being descend fast “in a remarkably short period of time, as a result of deliberate policy choices.”

Although the UK unemployment rate is at a historic low, said the independent UN expert, millions of workers rely on charity to make ends meet. Close to 40 per cent of children are predicted to be living in poverty by 2021, and 16 per cent of people over 65 live in relative poverty.

The report comes some five months after his fact-finding mission to the country, which saw him warn that Brexit – the UK’s delayed departure from the European Union – risks driving more people into poverty.

Two more countries are officially free from one of the world’s leading killers: malaria.

The UN health agency, WHO, announced on Wednesday that the disease is no longer present in Algeria and Argentina.

WHO guidelines say that a country can be said to be malaria-free if it can prove that it has interrupted transmission of the disease for at least three consecutive years. In Argentina’s case, malaria was last reported in 2010; in Algeria, the disease last surfaced in 2013.

The announcement follows years of improved surveillance, free diagnosis and treatment in both countries, that has allowed for “every last case” of malaria to be rapidly identified and treated, WHO said in a statement. 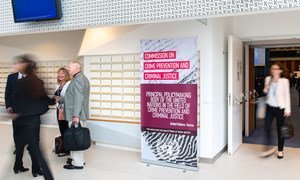 Warning in April of a “disturbing groundswell of intolerance and hate-based violence,” UN chief António Guterres identified the fight against hate crime and hate speech as one of his top priorities for 2019.

Following the Secretary-General’s launch of a UN system-wide plan of action to tackle hate speech, the responsibility of criminal justice systems in preventing and countering these kinds of crimes, is being debated at the 28th Commission on Crime Prevention and Criminal Justice, currently taking place in Vienna.

Speaking at the opening session, Yury Fedotov, Executive Director of the United Nations Office on Drugs and Crime (UNODC) said that crimes motivated by intolerance or discrimination can only be countered through international collaboration, and by ‘strengthening effective, fair, humane and accountable criminal justice systems that protect people and their rights.”

Listen to, or download our audio News In Brief for 22 May, on SoundCloud: