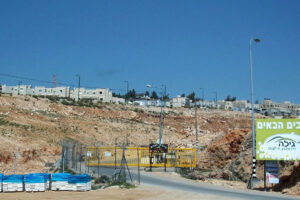 The 2016 resolution describes Israeli settlements on Occupied Palestinian Territory, according to 1967 borders, which includes East Jerusalem, as a flagrant violation of international law, and obstacle to any future two-State solution.

‘No justification’ for acts of terror

I strongly condemn the killing of 4 Israeli civilians that took place this evening by an Israeli Arab in Be'er Sheva. My heartfelt condolences to the families of the victims. There is no justification for violence or terrorism. It must be condemned by all.
My full statement 👇: pic.twitter.com/dPUClNUEaJ

The meeting coincided with the killing of four Israeli civilians – including two women – during a ramming and stabbing attack by an Israeli Arab in Be’er Sheva in southern Israel, events that Mr. Wennesland “strongly condemned” in a related statement.

“There is no justification for violence or terrorism,” the Special Coordinator stressed through the statement.  “There is nothing heroic in the killing of civilians and there is no excuse for praising such acts”.  They must be condemned by all.

Stressing that this is the seventh stabbing attack against Israelis this month, he said these tragic incidents only highlight the urgent need for all leaders to work together against the spiral of violence.

During his Council briefing, Mr. Wennesland pointed to Israel’s settlement expansion as a driver of violence in the Occupied Palestinian Territory, further entrenching the occupation and undermining the right of Palestinians to self-determination and independent statehood.

Presenting the twenty-first report on resolution 2334 (2016), which covers 10 December to 18 March, the Special Coordinator noted that 670,000 Israeli citizens currently reside in over 130 illegal settlements and over 100 outposts in the occupied West Bank, including East Jerusalem.

To be sure, “Israeli settlements in the occupied West Bank, including East Jerusalem, have no legal validity,” he explained.

In addition, he said Israel’s Attorney-General on 1 February published a legal opinion allowing authorities to declare land in the outpost of Evyatar as “State land” and authorizing accelerated planning procedures for the establishment of a settlement there.

On 28 February, the Jerusalem District Planning Committee advanced a plan for some 700 housing units in the East Jerusalem settlement of Pisgat Ze’ev.

As for the resolution’s call on parties to prevent attacks against civilians, the Special Coordinator said: “Unfortunately, daily violence continued”.

In total, Palestinians carried out 277 attacks against Israeli civilians.

At the same time, Mr. Wennesland welcomed steps taken to “reverse negative trends”, citing Qatar’s 27 December agreement with the Palestinian Authority and the Gaza Electricity Distribution Corporation, to advance construction of a natural gas pipeline from Israel to Gaza.

In Gaza, he remarked that Israel authorized issuing permits to some 12,000 Palestinian merchants and traders.  In January, the daily movement of workers, traders and businesspeople through the Erez crossing was the highest since 2007.

A call for calm

Mr. Wennesland observed that the absence of a meaningful peace process to end Israel’s occupation and resolve the conflict, is fuelling a dangerous deterioration that is destabilizing the situation across the Occupied Palestinian Territory.

Ahead of Ramadan, Pesach and Easter – a time of “peaceful reflection, prayer and celebration” for all religions – he urged parties to keep international law and bilateral agreements in sight, with a view to ending the occupation.

“Leaders on all sides have a critical role to play in ensuring calm,” he stressed.