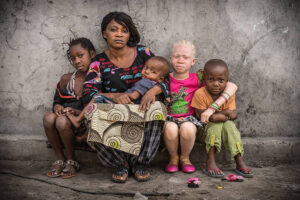 Ikponwosa Ero stated that people had been turning to witchcraft “because of the mistaken belief that using their body parts in potions can bring good luck and wealth”, adding that “the majority of victims have been children.”

The Human Rights Council passed a ground-breaking resolution earlier this month condemning human rights violations committed through witchcraft accusations and ritual attacks and called for international consultation and recommendations on the matter.

Ms. Ero said she was “gratified that there has been much progress on several continents”, over the last six years “but there is still much to be done.”

She cited a regional action plan on albinism in Africa and awareness-raising campaigns in Africa, and elsewhere, including in countries like Brazil, Japan and Fiji.

Research on albinism has increased more than tenfold and an explosion in data and reliable information has increased understanding of how the right to health, education, and on disability rights and racial discrimination, pertain to people with albinism.

There has also been increased understanding of the rights of women and children impacted by albinism and the need to protect against harmful practices. “While we have come very far in the fight against these heinous acts, the road ahead remains long and arduous”, Ms. Ero said.

They serve in their individual capacity and are not UN staff, nor do they receive a salary from the Organization.