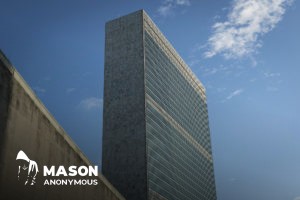 In a statement issue by his Spokesperson, the Secretary-General said he had written to Member States, “about the worst cash crisis facing the United Nations in nearly a decade. The Organization runs the risk of depleting its liquidity reserves by the end of the month and defaulting on payments to staff and vendors.”

Although 129 States out of 193 have now paid their regular annual dues, the most recent being Syria, UN Spokesperson Stéphane Dujarric told correspondents at the regular briefing in New York, others needed to pay “urgently and in full”.

“This is the only way to avoid a default that could risk disrupting operations globally. The Secretary-General further asked governments to address the underlying reasons for the crisis and agree on measures to put the United Nations on a sound financial footing.”

As of the end of September, only 70 per cent of the total assessment for the year had been paid, versus 78 per cent this time last year. Up to 8 October, Member States have paid $1.99 billion towards the regular budget assessement for 2019, which means there is an outstanding amount of around $1.3 billion for the year, Mr. Dujarric told correspondents.

Had the Organization not “contained expenditures globally from the beginning of the year”, the cash shortfall in October could have reached $600 million, meaning there would not have been enough cash to pay for the General Assembly debate and the high-level meetings last month.

“To date, we have averted major disruptions to operations”, said the statement, but “these measures are no longer enough. The Secretariat could face a default on salaries and payments for goods and services by the end of November unless more Member States pay their budget dues in full.”

“The Secretary-General noted that this is a recurrent problem that severely hampers the Secretariat’s ability to fulfil its obligations to the people we serve”, said Mr. Dujarric. “We are now driven to prioritize our work on the basis of the availability of cash, thus undermining the implementation of mandates decided by inter-governmental bodies. The Secretary-General therefore looks to Member States to resolve the structural issues that underlie this annual crisis without further delay.”

Addressing the budget-setting Fifth Committee of the General Assembly on Tuesday morning, the Secretary-General noted that “this month, we will reach the deepest deficit of the decade.” In relation to borrowing from reserves set aside for UN Peacekeeping Operations in order to meet urgent expenditure needs, he said that the Organization risks “exhausting the closed peacekeeping cash reserves and entering November without enough cash to cover payrolls.”

After running through the programme, or regular budget proposals for 2020, which keep spending the same as this year and amount to a total of $2.94 billion, including a net decrease of nearly 100 posts, Mr. Guterres said the plan represented a “profound reflection on the path ahead and deep commitment to our shared work.”

“Yet the Organization is facing a severe financial crisis. To be more specific, a severe liquidity crisis.  The equation is simple: without cash, the budget cannot be properly implemented.”

The UN chief said budget implementation was no longer being driven by planning, but according to “the availability of cash at hand.” With hiring and non-salary expenditure limited by liquidity, “this undermines mandate delivery and goes against our efforts to focus less on inputs and more on results’, he added.

Noting the difficulty of planning expenditure when money was not being received early enough in the year, he said urged Governments not to base spending next year on this year’s patterns. “This would only worsen an already alarming situation.”

Mr. Guterres said that last week, he had been “forced to introduce extraordinary measures to cope with the record-level shortage of cash. Vacant posts cannot be filled, travel will be limited to essential travel only, meetings may have to be canceled or deferred”. This would not only affect operations in the main hubs of New York, Geneva, Vienna and Nairobi, but also regional commissions, he warned.