Be Active: Bring the Moves for Health For All, has been organized by FIFA, the World Health Organization (WHO), the Education Above All Foundation (EAAF) and Qatar’s Ministry of Public Health, featuring special appearances by stars from the world of dance, music and of course, the beautiful game itself.

World Health Organization (WHO)
WHO

The event is part of Education Above All’s global Scoring 4 The Goals Campaign to advocate for the UN Sustainable Development Goals (SDGs).

Among the star players award-winning Hollywood dancer and choreographer, Sherrie Silver; singer The Mad Stuntman, the voice of global hit I Like to Move It, Move It – the theme song of the FIFA-WHO Bring The Moves physical activity campaign – and WHO Goodwill Ambassadors and football legends, former striker Didier Drogba of Côte D’Ivoire, and top Brazilian goalkeeper, Alisson Becker.

“I can’t wait to Bring the Moves at the FIFA Fan Festival and play my part to promote Health for All on Universal Health Coverage Day on behalf of Rwanda and in support of the Education Above All Foundation,” said Sherrie Silver. “Dance has been a source not just of joy and passion for me, but also of being healthy, physically and mentally.”

The event celebrates the importance of health in several ways, including:

Dance artist and vocalist The Mad Stuntman said: “I have been so happy to see football fans Bring The Moves and dance for health to my song, I Like To Move It, during the World Cup.”

“We can be active for health in many ways, by moving for fitness to calling for access to care for all”, said Goodwill Ambassador Drogba. I am proud to be lending my voice to both on Universal Health Coverage Day in Doha.”

Alisson Becker, Brazil and Liverpool goalkeeper, and WHO Goodwill Ambassador for Health Promotion, added: “On Universal Health Coverage Day, let’s all be active and play our part to make health for all our goal.”

The UHC Day 2022 theme is Build the world we want: A healthy future for all, the goal of which is to call for stronger health systems committed to equity, trust, healthy environments, investments and accountability.

The Scoring 4 The Goals Campaign aims to raise awareness and call for action to achieve the United Nation’s Sustainable Development Goals (SDGs), the global agenda to bring a more prosperous and equitable future for all.

In a release marking the day, the WHO Europe Region noted that inflation and war are threatening the lives and security of millions of people – especially across Ukraine – calling on countries to learn from previous shocks and prevent out-of-pocket payments for healthcare from pushing people into poverty this winter.

In a press release, WHO is urging governments to heed the lessons from the 2008 financial crisis, “step up public spending on health and give priority to protecting the people most in need, which is now more important than ever.”

Research shows that people with low incomes are most likely to experience catastrophic out-of-pocket payments, mainly due to spending on medicines and medical products.

“Financial hardship can force people to choose between feeding their family, heating their home or taking the medicines they need,” said Dr Hans Kluge, WHO Regional Director for Europe. “Building a healthier society means governments invest in health systems, especially in times of crisis, to ensure health for all, everywhere.” 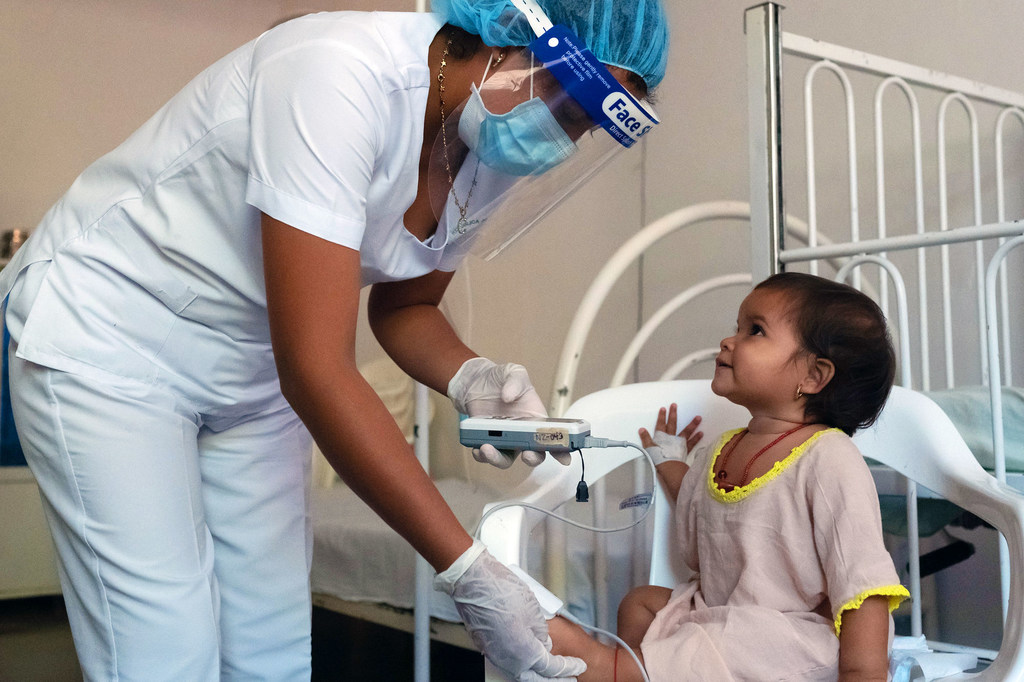 © WHO/PAHO/Karen González Abril
A nurse attends to a young patient at the ESE Hospital de Nazareth in Alta Guajira, Colombia.