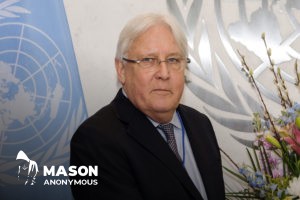 Special Envoy Martin Griffiths described the Riyadh Agreement as “an important step for our collective efforts to advance a peaceful settlement to the conflict in Yemen.”

Internationally-recognized Yemeni Government forces, backed by a Saudi-led coalition, have been battling rebels known as Houthis for more than four years.

The Southern Transitional Council is part of the coalition but has been pushing for self-rule.

General Guha condemned violations by air, sea & land on areas agreed by the #Hudaydah Agreement. He called on all parties to adhere to the ceasefire in #Hudaydah, support the monitoring tasks of #UNMHA & provide freedom of movement to its personnel.
Read: https://t.co/STfFLfvVsI pic.twitter.com/Yu6ORWDE9C

Fighting broke out between the former allies in August when the Southern Transitional Council seized control of Aden, where the Government is based. Houthi rebels have held the national capital Sana’a since late 2014.

Mr. Griffiths expressed thanks to Saudi Arabia for its diplomatic efforts that led to the Riyadh Agreement.

“I hope that this agreement will strengthen stability in Aden and the surrounding governorates and improve the lives of the citizens”, Mr. Griffiths said in a statement.

According to news reports, the deal is expected to see ministries shared equally between the Government and STC, paving the way for services and stability to return to Aden, along with the full return within seven days, of the Government of President Abd Rabbu Mansour Hadi.

Elsewhere in Yemen, the UN is urging parties to adhere to a shaky ceasefire in Hudaydah Governorate, as agreed last December in Sweden, during peace talks between the Government and Houthi leaders. Houthis had controlled the key port city, and progress has subsequently been made in releasing detainees and meeting the terms of the Stockholm Agreement.

Last month, Mr. Griffiths told the Security Council that there was “cause for optimism” in ending Yemen’s complex civil war, but still a long way to go.