The appeal for a fresh cash injection comes after more than five years of fighting in the Arabian peninsula country, between the Government of Abd Rabbu Mansour Hadi, now based in the south, and the mainly Houthi-led opposition, which occupies the capital, Sana’a, in the north.

Yemen was already one of the poorest countries in the world before violence escalated in March 2015, and today millions of people lack access to sufficient food, fuel and medicine, almost all of which is imported. According to the UN refugee agency, UNHCR, around 80 per cent of the Yemeni population need humanitarian assistance. 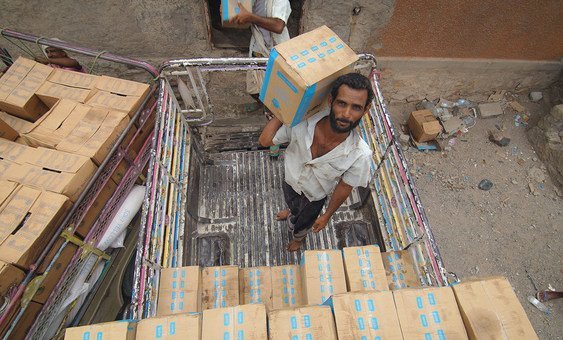 At a press conference held remotely, Elisabeth Byrs, WFP senior spokesperson, noted the agency’s particular concern for over 20 million Yemenis who are food insecure, of which nearly 10 million are acutely food insecure, adding that WFP expects coronavirus “to push many more children in Yemen into acute malnutrition. Over two million children in Yemen are already acutely malnourished, and it’s a figure that WFP fears will increase”.

As of Monday evening, the World Health Organization (WHO) had reported nearly 50 confirmed deaths from COVID-19 in Yemen, but there are widespread concerns that the situation is much worse.

It is also widely feared that, with around half of the country’s health facilities shut, Yemen lacks the means to prevent this latest threat to an already weakened population that faces the ever-present threat of cholera and ongoing conflict that has displaced more than four million people.

UNHCR, the UN refugee agency, echoed concerns that the aid situation in Yemen threatens to spin out of control, describing it as the world’s worst humanitarian crisis with unparalleled protection concerns.

Among the UNHCR projects most at risk are a cash-assistance programmes for internally displaced and impoverished host communities. Under the scheme, each eligible family receives around $170 in instalments over six months to help pay for rent, buy food, extra clothes and fuel, along with medicine and other urgent concerns. Up to one million people are at risk, if the projects stop unless funding is found.

A UN pledging conference for Yemen, hosted by Saudi Arabia, which heads an international coalition in support of President Hadi, is due to be held next Tuesday.