In his message, Mr. Guterres paid tribute to those who paid the ultimate sacrifice during the War. The victory over fascism and tyranny in May 1945, he said, marked the beginning of a new era, but “we must never forget the Holocaust and the other grave and horrendous crimes committed by the Nazis”.

The United Nations was created, that same year, out of a collective will to save succeeding generations from the horrors of war, with the devastation of the years between 1939 and 1945, bringing about an appreciation for the importance of international cooperation.

Division and hatred, as coronavirus spreads 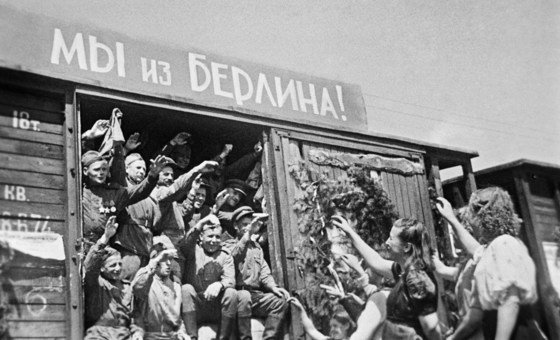 75 years on, the UN chief noted that even during the COVID-19 pandemic, a worldwide health crisis that can only be defeated by an international community that is working closely together, there are those who are sowing division and spreading hatred.

On Friday, Mr. Guterres made a global appeal to address and counter what he called the “tsumani of hate and xenophobia” that has risen alongside the global tally of COVID-19 cases.

The UN chief referred to examples of hate speech that have surfaced during the crisis, ranging from anti-foreigner sentiment, to antisemitic conspiracy theories and attacks against Muslims, and called on civil society to strengthen outreach to vulnerable people, and religious actors to serve as models of mutual respect.

With this year marking the a milestone anniversary of the end of the Second World War, and the birth of the United Nations, Mr. Guterres urged the world to “remember the lessons of 1945 and work together to end the pandemic and build a future of peace, safety and dignity for all”.

‘Disturbing echoes of the past’

Speaking on Friday at an “Arria Formula” meeting of the Security Council (meetings at which non-governmental organizations have the opportunity to address the 15-member body outside the official Council meetings), Rosemary di Carlo, the Under-Secretary-General for Political Affairs, warned that, today, we are seeing “disturbing echoes of the past”.

“The voices of populism, authoritarianism, nationalism, and xenophobia are making themselves heard ever more loudly. We must confront those who would drag the world back to a violent and shameful past”, she said.

Recalling that, with international help, Europe was able to build a more prosperous and peaceful society after the war, Ms. Di Carlo declared that the current pandemic presents an opportunity for the international community to first “overcome the crisis and then create a more equitable and peaceful world”.

Time of remembrance and reconciliation

The commemoration on 8-9 May is officially called the “Time of Remembrance and Reconciliation for Those Who Lost Their Lives during the Second World War”, and was created by a General Assembly resolution in 2004.

The resolution called for Member States, organizations of the United Nations system, non-governmental organizations, and individuals to observe 8-9 May in an appropriate manner, to pay tribute to all victims of the Second World War.