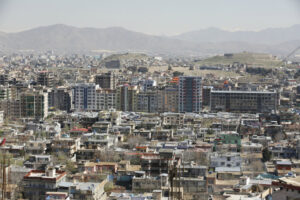 The report is based on 656 interviews with men, women and children in 63 detention facilities across the country, and covers the period from 1 January 2019 to 31 March 2020.

New UN report reveals continuing high rate of detainee torture allegations in #Afghanistan🇦🇫: Almost 1/3 of people detained for security or terrorism-related offences say they were subjected to torture or other forms of ill-treatment.

It found nearly a third, or 30.3 per cent, had been subjected to torture or other forms of ill-treatment. Although this represents a slight decrease compared to 2017-2018, the figure “remains alarming”.

The report was jointly published by the UN Assistance Mission in Afghanistan (UNAMA) and the UN human rights office in Geneva, OHCHR,  and it also highlighted that procedural safeguards for detainees are rarely followed.

“In almost no instance, were detainees informed of their rights or able to access a lawyer prior to questioning,” OHCHR said in a statement.

“Few received a medical examination or were able to contact their family in the early days of their detention. Alarmingly, nearly half were asked to sign or place their thumbprint on a document without knowing its content, rendering the validity of the prosecutorial process questionable.”

The report stressed that more needs to be done to prevent torture in places of detention, and includes recommendations to increase the capacity, resources and training of law enforcement agencies.

Meanwhile, conflict, climate shocks and the COVID-19 pandemic are combining to make 2021 a year of rising needs in Afghanistan, as the UN and partners seek $1.3 billion to ensure humanitarian operations can continue over the coming months.

UN and national officials laid out the scale of suffering during a briefing on Tuesday to Member States, where they also discussed the updated Humanitarian Response Plan (HRP) for the country.

The aim is to reach 15.7 million people this year.

Afghanistan has a population of roughly 40 million, nearly half of whom, or 18.4 million people, will require emergency aid, or double the number at the start of 2020.

Around four in 10 people are now going hungry, and it is predicted that almost half of all children will face acute malnutrition.