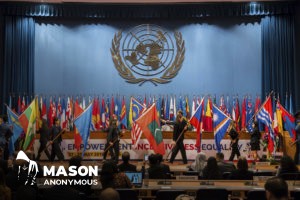 According to a study by the UN Economic and Social Commission for Asia and the Pacific (ESCAP), forming the basis for intergovernmental discussions, while the benefits of economic growth and social progress have reached rural areas, persons with disabilities and women in many countries, the divide between the haves and the have-nots, is widening.

“In recent decades, quality of life has improved for most people in the region, yet, growing inequalities present a threat to further advances”, said UN Secretary-General Antonio Guterres in a video message for Monday’s opening session in Bangkok, Thailand. “The challenge is to ensure that socio-economic progress reaches those left behind,” he added.

A call to action❗️At the current pace of progress, #AsiaPacific will not achieve any of the 17 #SDG’s according to our new SDG Progress Report. https://t.co/Xe6E4FxCgK pic.twitter.com/0EzyTG1ePS

Recalling his recent visit to the South Pacific, where he saw the “brutal” impact of the global “climate emergency”, Mr. Guterres called on countries to redouble efforts to combat climate change in Asia and the Pacific. “This is a battle we can and must win,” he underscored.

Informally dubbed the “parliament” of the Asia-Pacific region, ESCAP – the UN’s socio-economic development arm for the area, which is home to more than 4 billion people, or nearly two-thirds of the world population – is a forum for Governments and other stakeholders to discuss key sustainable and inclusive development issues.

Established in 1947, it comprises 53 Member States and 9 associate members, stretching from the Pacific island of Tuvalu in the east, to Turkey in the west, and Russia in the north, to New Zealand in the south.

Addressing the opening session, Armida Alisjahbana, the Executive Secretary of ESCAP, urged countries to build on past successes and shape future priorities.

“Since this Commission first met in 1947, our countries have travelled a long journey,” she said, noting that many consider Asia-Pacific region as the “engine” of the world economy.

“We have yet more to offer. We can provide the global leadership to collectively achieve a transformed and resilient society in our region [and] respond to challenges that transcend borders and accelerate progress towards the Sustainable Development Goals (SDGs).”

“I am committed to working with all Member States to achieve transformed and resilient societies in our region. The evidence indicates we can be more effective if we empower citizens to support this transformation”, she concluded.

The opening session also heard a special address by Her Royal Highness Princess Maha Chakri Sirindhorn of Thailand – a UNESCO Goodwill Ambassador for the empowerment of children through education, as well as an FAO Goodwill Ambassador for zero hunger – in which she highlighted the importance of integrated and people-centred approach to development and that it should endure.

Also on Monday, the Commission elected Damdin Tsogtbaatar, the Foreign Minister of Mongolia, as Chair of its 75th session.

In a speech following his election, Mr. Tsogtbaatar reiterated the importance of sustainable development, underscoring that the session is an “opportunity to accelerate the pace of implementation, shape policies and integrate the national strategies to reduce gap between rich and poor and threats from climate change.”

Concluding on Friday, 31 May, the seventy-fifth session of ESCAP also includes the Commission’s high-level general debate on the theme “empowering people and ensuring inclusiveness and equality,” the meeting of the Special Body on Least Developed, Landlocked Developing and Pacific Island Developing Countries, a roundtable discussion with sub-regional organizations in the Asia-Pacific region, and a number of side events hosted by UN Member States and partner organizations.