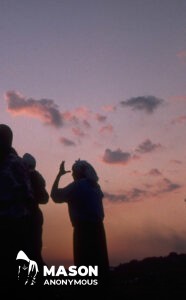 Between 12,000 and 50,000 girls and women were raped by armed forces in the country from 1992 to 1995, according to the UN Committee on the Elimination of Discrimination against Women (CEDAW).

One of those women, a Bosnian Croat identified only as S.H. to protect her privacy, was robbed and raped in the town of Prijedor, which was occupied at the time by Bosnian Serb forces.

She reported the incident to police but did not obtain a copy of the official report and no investigation was opened. In 2008, S.H. discovered that her initial case files had been disposed of 10 years after the offence.

After contacting the UN panel in 2017, it said after reviewing her case that her experience reflected the situation of many victims of conflict-related sexual violence, whose cases had not been investigated in a timely and effective manner.

In a statement, it also noted that the rape had caused S.H. physical and psychological harm, including a serious genital infection, for which she could not afford treatment.

The UN-appointed independent experts further added that since the assault, S.H. had suffered from depression and a personality disorder.

She had also been living below the poverty line since getting divorced in 2009, they explained.

In an appeal to the authorities to pursue investigations against perpetrators of all sex attacks, the Committee on the Elimination of Discrimination against Women (CEDAW) said that they had acted ineffectively and too slowly.

In 2019, the authorities eventually recognized S.H.’s status as a victim of conflict-related sexual violence and granted her a monthly disability pension of $66.

Such compensation for victims is not commensurate with the harm suffered, the independent experts insisted.

In the case of S.H., she had endured severe physical harm impacting her sexual and reproductive health and rights, they added, as well as the psychological harm and material damages she endured for more than 25 years after the incident.

A life of poverty

UN research conducted in 2017 into the socio-economic obstacles faced by survivors of conflict-related sexual violence in Bosnia and Herzegovina showed that 62 per cent of survivors were unemployed, 64 per cent had no social support, and more than a half of them lived under poverty line.

Among its recommendations, the Committee urged the Bosnia and Herzegovina government to ensure that survivors of wartime sexual violence have full access to national remedies, effective relief and reparations on a basis of equality before the law.