“We should have no illusions about the current state of the Israeli-Palestinian conflict”, Special Coordinator Tor Wennesland said, describing a situation in the Occupied Palestinian Territory (OPT) that continues to deteriorate, with no progress towards a two-State solution.

He painted a picture of an “increasingly desperate reality” shaped by extremists and unilateral actions on all sides, that threaten to heighten risks for Palestinians, Israelis and the entire region.

“Israeli and Palestinian civilians are suffering and paying a steep price for the persistence of the conflict, including the protracted occupation”, said Mr. Wennesland.

The UN envoy described “nightly clashes” between Israeli and Palestinian citizens, and underscored that all perpetrators of violence must be “held accountable and swiftly brought to justice”.

Mr. Wennesland highlighted Israeli plans for construction in E1, located adjacent to and northeast of East Jerusalem, saying that these units would “sever the connection between the northern and southern West Bank, significantly undermining the chances for establishing a viable and contiguous Palestinian state as part of a negotiated two-State solution”.

“I reiterate that all settlements are illegal under international law and remain a substantial obstacle to peace”, he spelled out.

The UN envoy noted Israel’s official adherence to preserving the status quo regarding holy sites in Jerusalem, a bloody flashpoint in recent months, reminding that it must be upheld and respected by “all sides”.

In “a welcome development”, the Special Coordinator said that Israeli and Palestinian officials had announced that some 4,000 undocumented Palestinians in the West Bank would be registered in the Palestinian population registry and receive identity documents. 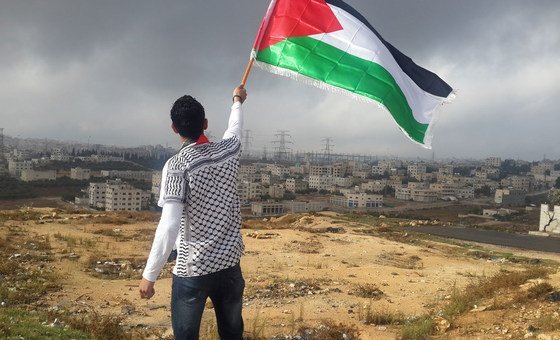 “The PA’s fiscal situation is reaching a breaking point”, Mr. Wennesland said, citing estimates that the Authority is now approaching a $800 million budget deficit in 2021 – nearly doubling the 2020 gap.

He voiced concern that “these negative trends are occurring simultaneously across the West Bank and Gaza” and should not be left unaddressed.

The “unprecedented fiscal and financial crisis” has prompted the need for “significant reforms and policy changes – by both Israelis and Palestinians”, the UN envoy said.

Drawing attention to the UN relief agency for Palestine refugees (UNRWA) continued budget shortfall, he underscored that it remains “indispensable for regional stability and must have the necessary resources to fulfil its mandate”.

Meanwhile, the UN launched reconstruction efforts to rebuild up to 1,800 destroyed or severely damaged homes and in late September, Egypt began repairing one of the Gaza enclave’s main coastal roads.

While welcoming the issuance of permits and improved movements of goods in and out of the occupied Gaza Strip, the Special Coordinator told the Council that “much more is needed to facilitate sustainable access”, reiterating that “the Gaza Reconstruction Mechanism remains best placed to enable the entry and accountable delivery of items and materials that would otherwise not be allowed into the Strip”.

Mr. Wennesland stressed that the current situation cannot be addressed in “piecemeal”.

“We can no longer lurch from crisis to crisis…incident by incident, on a short-term day-to-day basis as stand-alone issues”, he said, calling for a “broader package of parallel steps” by Israel, the Palestinian Authority and the international community that addresses the “key political, security and economic challenges” that are barring progress.

Despite the enormity of the current challenges, “we cannot afford to be pessimistic or passive” and must “begin to restore hope in a peaceful, sustainable, negotiated resolution of the conflict”, said the Special Coordinator.

A thawing in political dialogue is not the “end game” but a stage on the road to ending occupation, suppressing extremist voices, he spelled out.

“We must build consensus…for engagement or face an increasingly desperate reality”, he concluded.