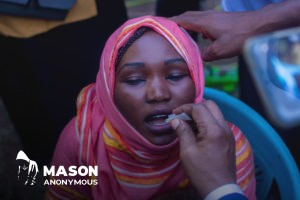 Latest figures from Sudan’s health ministry indicate that there have been 332 suspected cases of cholera and eight deaths, mainly in Blue Nile and Sennar States, since the disease was declared on 2 September.

Two cases of cholera were confirmed in Khartoum state in mid-October.

She added that the disease could have serious consequences if it is not properly managed in the region surrounding the capital. More than eight million people live there, but the health system has been affected by economic crisis, flooding, and other infectious diseases.

At the request of the Government, WHO has identified high-risk areas in the state which are more likely to be at increased risk of an outbreak, such as Sharq Elnil and Ombada localities.

The UN agency has also delivered cholera medicines and hundreds of rehydration tablets, along with 500 rapid diagnostic test kits for use in health facilities.

In addition, more than 1,700 volunteers have been tasked with raising community awareness about how to avoid cholera, which causes severe acute watery diarrhoea and can kill within hours if untreated.

“A key aspect of preventing and controlling cholera is how well at-risk communities are able to protect themselves by drinking safe water, properly handling food, avoiding defecation in open areas, handwashing, and knowing what to do when they see the first signs of infection,” said Dr Al Gasseer.

According to WHO, it takes between 12 hours and five days for a person to show symptoms after ingesting contaminated food or water.