Ms. Sharif will be joining world leaders at United Nations headquarters in New York next week at the Climate Action Summit convened by the UN Secretary-General António Guterres.

UN-Habitat is supporting one of the nine action tracks designated by the Secretary-General “Infrastructure, Cities and Local Action” under the leadership of the Governments of Kenya and Turkey.

Why are cities an important part of tackling climate change?

Over half of the world’s population lives in cities, and this is likely to increase to over two thirds by 2030. Cities use a large proportion of the world’s energy supply and are responsible for around 70 per cent of global energy-related greenhouse gas emissions which trap heat and result in the warming of Earth.

Levels of carbon dioxide, the most prevalent greenhouse gas, are at the highest levels ever, mostly due to the burning of fossil fuels for energy. 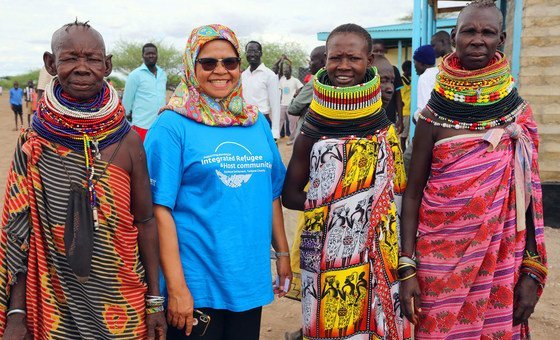 The huge carbon footprint created by our cities results from poor planning and layout. Low-density suburban sprawl with little public transport and homes far from work and shops means more cars on the roads emitting carbon dioxide. In addition,most of the ever-increasing number of buildings still use fossil fuels for their energy needs.

Cities, while being the main cause of climate change, are also the most affected. Most cities are situated near water putting them at risk from rising sea levels and storms. However, given their role as hubs of innovation and creativity, we also look to cities to provide us with answers. Energy, building, mobility and planning solutions and innovations in cities have the potential to deliver major emission cuts.

How can cities contribute to reducing climate change?

Huge gains, in terms of reducing harmful gases, can be made by changing how we plan, build, manage and power our cities and towns. Well designed, compact, walkable cities with good public transport greatly reduce our per capita carbon footprint and are key to achieving many of the Sustainable Development Goals of which climate action is a key part.

We urgently need to reduce the amount of carbon dioxide produced by our homes and offices by moving to zero carbon buildings, which do not use any carbon for heating, lighting, cooling or electricity. They can manage this by becoming more energy efficient and using renewable energy sources.

Our expanding cities, towns and villages can create buildings and infrastructure that are highly energy efficient and designed with the local climate in mind using innovative technologies. For example, most of the new buildings in the next 30 years will be in Africa and Asia which should move away from air conditioning and maximize natural ventilation.

To power our cities we must generate clean, resource-efficient energy and move away from fossil fuels. Since 2009, the cost of renewable electricity has dropped both for solar and wind power and will keep going down as more of us use them.

The extraction and manufacturing of materials for buildings such as steel and concrete and construction processes produce carbon dioxide so using low carbon infrastructure will also slash emissions.

Transport also produces significant amounts of emissions. Cities need should not be planned around cars but people and should invest in zero-carbon public transport, footpaths and protected bike lanes. Electric public transport, powered through renewable energy could prevent 250 million tonnes of carbon emissions by 2030, as well as improving people’s health, and lowering noise and air pollution in our cities.

Organic matter emits methane as it decomposes, which is a much more powerful greenhouse gas than carbon dioxide in the short-term, so it’s key to minimize organic waste by improving waste management methods and to take steps to capture and use the methane emissions from landfills.

And in addition to the long-term solutions that require a change in the way our economies operate, we can all make personal choices to alter our lifestyle and consumption patterns.

Climate change is already happening and affecting cities, how can cities prepare for this new reality?

The effects of the recent changes in the planet’s climate, as well as expected future climate risks have pushed about a thousand cities worldwide to declare a climate emergency.

Climate adaptation, whereby cities adjust to actual or expected future climate, is a sound investment. This can include early warning systems, climate-resilient infrastructure and housing, and investments in water resources.  The 2019 Global Commission on Adaptation Report shows that investing US$1.8 trillion in climate adaptation can generate US$7.1 trillion in total benefits. 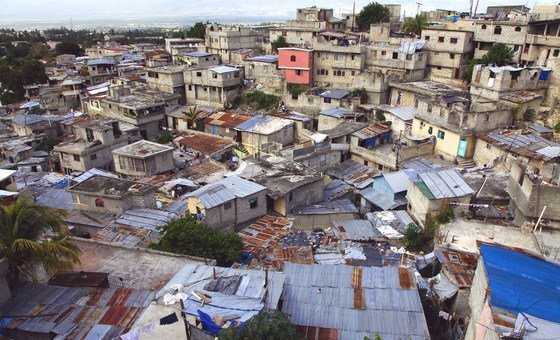 Resilient shelter will only work if we have resilient communities. I have recently met the Commonwealth Secretary-General, Patricia Scotland, and other world leaders and we are committed to working together to ensure we build back better. Our focus on “Infrastructure, Cities and Local Action” is part of the larger UN-Habitat Strategic Plan to build climate resilience worldwide.”

To what extent are the poorest and most vulnerable people most impacted by climate change in cities?

The least well off in our cities and communities will bear the brunt of climate change in the form of  floods, landslides and extreme heat. This is because they often live in inadequate housing in fragile locations like mountain sides or floodplains, with no risk-reducing infrastructure such as functioning storm drains. Globally, there are an estimated 880 million people living in informal settlements that are highly vulnerable to climate change.

We are urging governments to plan better and build back better.

Watch here how a community in Liberia has been displaced by the sea:

How different are the challenges faced by cities in developing countries compared to those in the developed world?

The whole world is threatened by climate change but developing countries are often hit the hardest. They often do not have the capacity to face extreme weather events and have insufficient governance frameworks to manage climate challenges.  Cities in developing countries also face barriers in accessing climate finance including a lack of focus on cities as a strategic priority.  Ultimately climate change does not respect borders – everyone will all be affected and we all need to act together to stop it now.