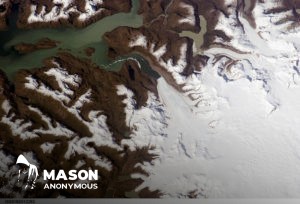 In a call for action at the end of this week’s High Mountain Summit to tackle the global warming causing glaciers to retreat, along with snow fields, permafrost and associated ecosystems – collectively called the cryosphere – the World Meteorological Organisation (WMO) and partners announced they would step up commitments on the issue of water security and natural disasters linked to melting ice in mountain regions.

#Climatechange and development are creating an unprecedented crisis in our high mountain system that threatens the sustainability of the planet. There is great urgency to take global action now." Call for Action issued at #MountainSummit #mountainsmatterhttps://t.co/cwgzgCuxUj pic.twitter.com/ByFbnLneic

Changes across the world’s peaks are altering the cryosphere, and impacting the flow of freshwater, which meets the needs of more than half of humanity – they are, in effect, “water towers of the world”.

In addition, the problem of disappearing ice caps is stretching from mountainsides to urban communities downstream, as glacial melt-dependent pastures becomes parched, and avalanches, floods and other disasters snuff out lives and weaken local economies.

WMO pledged to lead the effort to stop the trend at the conclusion of the three-day summit in Geneva, to address these changes to water systems and supply.

To improve high mountain observations that could better-forecast potential disasters and prompt lifesaving action, WMO will provide leadership and guidance in an Integrated High Mountain Observation and Prediction Initiative as part of its call to action, entitled “Avoiding the Impending Crisis in Mountain Weather, Climate, Snow, Ice and Water: Pathways to a Sustainable Global Future.”

The initiative to boost climate disaster prediction and resilience is a tool that will help in “tackling the climate crisis, evaporating snow and ice, and water-related stress.”

WMO said that sustainable mountain development and ecosystem conservation should be “integral” in international development policy, and in addition, more transboundary data sharing and prediction communications will be critical in safeguarding high mountain regions.

One of the world’s greatest challenges

More than 150 summit participants from around the globe highlighted the natural hazard and water insecurity impacts of glacial snow melt in their communities.

The summer of 2019 saw such intense heat waves, the equivalent of Switzerland’s annual drinking water consumption melted from its glaciers in just 15 days.

Water security is becoming “one of the greatest challenges of the world’s population” the summit declaration says, “and the uncertainties on the availability of freshwater from mountain rivers is a significant factor of risk for local and downstream ecosystems, agriculture, forestry, food production, fisheries, hydropower production, transportation, tourism, recreation, infrastructure, domestic water supply, and human health.”

International observations show an acceleration in the retreat of 31 major glaciers in the past two decades. But lack of sufficient data hinders reliable monitoring.

The summit noted the scarcity of meteorological, cryosphere and related observations in mountain regions, but stressed the potential of space-based surveillance.

A September report by the UN’s Intergovernmental Panel on Climate Change (IPCC), outlined the growing burden of the changing climate, its strain on water systems and the impacts on various species, livelihoods and economies, which served as the springboard for the summit dialogue.