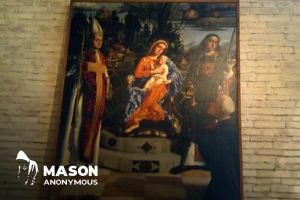 “These actions show that, despite the improved regional climate for peace and security, the human rights situation in Eritrea remains unchanged”, said Daniela Kravetz, Special Rapporteur on the situation of human rights in Eritrea.

On 12 June, Eritrean authorities ordered the seizure of all Catholic Church-managed health centres.

#Eritrea: UN expert Daniela Kravetz is seriously concerned over the curtailment of Catholic Church activities in the country and the arbitrary arrest & detention of members of Orthodox & Christian congregations in recent weeks.

According to information received, soldiers were posted outside some health facilities, while patients were ordered to go home, and staff threatened.

“The seizure of these health facilities will negatively impact the right to health of the affected populations, in particular those in remote rural areas”, Ms. Kravetz explained. “By curtailing the activities of the Catholic Church, the Eritrean authorities are restricting the right of their citizens to enjoy quality health care”.

The Catholic Church manages some 40 hospitals and health centres, mainly in rural areas and some inside monasteries. Most provide free services, and many have operated since the 1990s.

The Special Rapporteur said the move followed a call by the Catholic Church for genuine dialogue on peace and reconciliation in Eritrea.

In a pastoral letter issued on 29 April, Eritrea’s four Catholic bishops called on the authorities to adopt a comprehensive truth and reconciliation plan to promote dialogue and strengthen peacebuilding. The letter also urged the authorities to implement reforms so that Eritreans would stop fleeing their country. 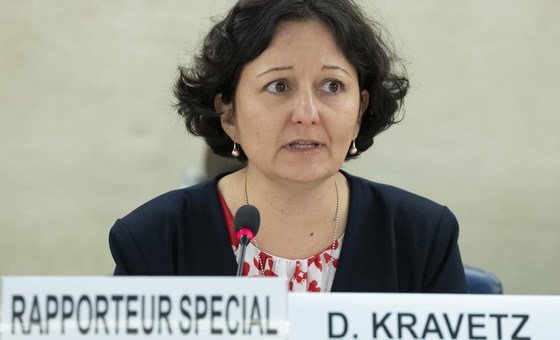 Daniela Kravetz, Special Rapporteur on the situation of human rights in Eritrea, speaks at the 40th Session of the Human Rights Council, by UN Photo/Jean Marc Ferre

And last month, she received reports that the Eritrean authorities arrested Christians for practicing their faith.

On 17 May, around 30 Pentecostal Christians were reportedly arrested during prayer meetings at different locations in Godeif, south of the capital Asmara. A week earlier, during a private gathering in the Mai Temenai district of Asmara, reportedly some 141 Christians were arrested, including 104 women and 14 children. Some were reportedly taken to Adi Abeito prison, while others were held by the police. About 50 of the detained have since been released while those remaining are being held without charge, according to reports.

The UN envoy will share her findings on the situation during an interactive dialogue scheduled for 2 July at the Human Rights Council in Geneva.

“I urge Eritrea to live up to its international commitments as a member of the Human Rights Council and allow religious institutions to operate freely and all Eritreans to exercise their right to freedom of religion within the country”, concluded the Special Rapporteur.