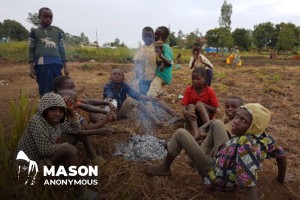 Severe underfunding for aid work and insecurity involving the Hema and Lendu groups have meant that increasing numbers are vulnerable and unable even to go home to pick up essentials, he added.

“These people are not even able to return,” Mr. Baloch said. “Many of them have reported people who have tried – or relatives who have tried – to return to their villages and to their homes have been reportedly attacked and killed.”

Ebola efforts hindered by mass displacement of people ‘on the run’

According to the World Health Organization (WHO), the mass displacement of people “on the run” has also hindered efforts to tackle the year-old Ebola virus outbreak.

Latest data from the UN health agency published on Thursday indicated a total of 2,842 Ebola infections and 1,905 deaths in DRC’s Ituri and Nord Kivu provinces, with an overall fatality rate of 67 per cent.

“The (Ebola) treatment centres are operational and the scenario of people – a highly mobile population on the run – is something that has been underlying in this response since the beginning, which is why it is so difficult to end it,” said WHO spokesperson Christian Lindmeier.

The Hema and Lendu communities have a history of extreme violence in Ituri.

In late June, the UN Human Rights office, OHCHR, reported attacks on “multiple villages” in Djugu and Mahagi territories, where investigators found evidence of several massacres where some victims had been beheaded.

Information gathered by the UN “seems to indicate that despite the attackers reportedly belong to one community, and the victims to others, there appear to be additional political and economic motives underlying the assaults”, OHCHR said in a statement at the time.

In the latest violence, attacks and counter-attacks forced people to flee Djugu territory, UNHCR said, adding that both communities had reportedly formed self-defence groups and carried out revenge killings.

“In the last three weeks of June alone, more than 145,000 newly displaced people sought safety and assistance in the displacement sites across Ituri, while 215,000 were estimated to have fled to the neighbouring areas,” Mr. Baloch said, in line with UNHCR’s earlier statements highlighting widespread displacement in late 2017 and early 2018 in three of Ituri’s five administrative territories: Djugu, Mahagi and Irumu.

“Difficulties with access in some places and the large area from which people have fled means the real figure is difficult to verify,” the UNHCR official warned. “Thousands have continued to flee since, although at lower rates.”

While most of the displaced have found shelter with host communities, tens of thousands have been forced to find shelter where they can.

“Fear and squalor” prevail in displacement camps, Mr. Baloch insisted, adding that many “are forced to sleep in the open”.

In Drodro, a relatively small town that has seen its population triple in just a few weeks, “local schools and churches have transformed into large, squalid dormitories,” he said, noting that UNHCR has built emergency hangars for those sleeping in the open, and individual shelters for the most vulnerable.

Funding for this humanitarian crisis remains critically low, however, and UNHCR is appealing to the international community to come forward with further funding and allow humanitarian organizations to provide basic, life-saving assistance.

So far this year, UNHCR has received only 32 per cent of the $150 million needed for its operations.