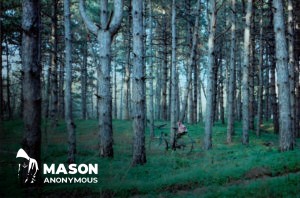 1. Forests are the most cost-effective way to fight climate change

Arguably, protection and enhancing the world’s forests is one of the most cost-effective forms of climate action: forests act as carbon sinks, absorbing roughly 2 billion tonnes of carbon dioxide each year.  Sustainable forest management can build resilience and help mitigate and adapt to climate change.

Speaking at the 2018 UN climate conference (COP24) in Katowice, Poland, Liu Zhemin, head of the UN’s Department of Economic and Social Affairs (DESA), said that “forests are central in developing solutions both to mitigate and adapt to climate change, adding that “these terrestrial ecosystems have already removed nearly one third of human-produced carbon dioxide emissions from the atmosphere. Through sustainable forest management, they could remove much more.”

At this week’s meeting session of the UNFF, it was noted that forest-based climate change mitigation and adaptation actions, if fully implemented, could reduce greenhouse gas emissions by around 15 gigatonnes of CO2 a year by 2050, which could potentially be enough to limit warming to well below 2°C (the target set by the international community in 2015). Today, fossil fuels emit 36 gigatonnes every year.

In addition, as renewable sources increasingly replace fossil fuels, forests will become more and more important as sources of energy: already, forests supply about 40 per cent of global renewable energy in the form of wood fuel – as much as solar, hydroelectric and wind power combined.

Eka Fendiaspara
Pahmung krui Damar Forest by Eka Fendiaspara, Indonesia. One of the winners of the International Forest Photograph Contest.

2. The goal of zero deforestation is close to being reached

Significant progress has been made in international forest protection over the past 25 years. The rate of net global deforestation has slowed by more than 50 per cent, a credit to global efforts to sustainably manage existing forests, while at the same time engaging in ambitious measures to restore degraded forests and land, and to plant more trees to meet the demand for forest products and services.

The goal of zero net global deforestation is close to being reached, bringing the world one step closer to the UN Strategic Plan for Forest’s target to expand global forest area by 3 per cent by 2030, an area of 120 million hectares, about the size of South Africa.

3. The biggest threat to forests is…agriculture

Many people will be aware of the devastating effects that illegal and unsustainable logging has on forests, but the biggest global driver of deforestation is actually agriculture, because of the extent to which forests are converted to farmland and livestock grazing land: a key challenge is how to manage the ongoing increase in agricultural production, and improve food security, without reducing overall forest areas.

A major UN report on biodiversity, released in May, made headlines around the world with its headline figure of one million species at risk of extinction, warned against the destruction of forests, noting that this “will likely have negative impacts on biodiversity and can threaten food and water security as well as local livelihoods, including by intensifying social conflict.”

WFP/Rocío Franco
Honduras, 24 May 2018. This micro basin in Honduras´ Dry Corridor was much smaller a few years ago, mainly due to deforestation. The Dry Corridor is not a desert, but is prone to droughts that are sometimes severe. This is why it´s important to manage rainwater.

The first time forests came to the forefront of the international agenda was at the 1992 Earth Summit in Rio, widely regarded as one of the landmark UN conferences. The Summit led to the adoption of Agenda 21, the first significant international action plan for achieving sustainable development, which noted the “major weaknesses in the policies, methods and mechanisms adopted to support and develop the multiple ecological, economic, social and cultural roles of trees, forests and forest lands.”

The Earth Summit also saw the adoption of the Forest Principles which, although non-legally binding, was the first global consensus reached on the sustainable management of forests. The Principles called for all countries to make efforts towards reforestation and forest conservation; enshrined the right of nations to develop forests in keeping with national sustainable development policies; and called for financial resources to be provided for targeted economic policies.

To better co-ordinate international efforts to put the principles into practice, an inter-governmental panel and forum were set up in the 1990s, to be replaced in 2000 by the UN Forum on Forests (UNFF), which meets every year at UN Headquarters in New York to monitor progress on the implementation of the six Global Forest Goals.

The Goals set targets for the sustainable management of forests, and reduction of deforestation and forest degradation, and were developed as part the forest community’s response to the 2030 agenda for Sustainable Development, the UN’s overall blueprint for economic progress that protects the environment and humanity.

UN News/Jing Zhang
The forests in the Plitvice Lakes National Park in Croatia are home to bears, wolves and many rare bird species.

5. This year’s top priorities: climate change and the real cost of deforestation

One of the key take-aways from the 2019 session of the UN Forest Forum was that, too often, forests are under-valued, because it’s hard to put a clear monetary value on all of the positive contributions they make to the world.

As a result, the true cost of deforestation and forest degradation is not taken into account when policy decisions are made on land use, such as decisions to clear forest land to use for commercial agriculture.

The importance of financing was another important element of the session:  sufficient funding is an essential element in ensuring effective action to halt deforestation and forest degradation, promote greater sustainable forest management and increase the world’s forest area: despite the central role forests play in protecting the environment, only 2 per cent of funds available for climate change mitigation are available for efforts to reduce deforestation.