“There is much more conversation and dialogue and talk around the national dialogue itself and the way to peace”, Amina Mohammed told journalists attending a press conference at the airport, as she left the capital Addis Ababa.

Stressing the Secretary-General’s call for a cessation of hostilities and for a pathway to peace, she noted how “the talks continue and there is certainly less hostility than there was a few months ago.”

Last weekend, Ms. Mohammed represented the Secretary General at the opening ofthe 35th session of the Assembly of the African Union (AU), where she spoke with African leaders onpressing issues, ranging from development and conflict, to the many humanitarian crises besetting the continent.

Following the meeting, she said that “opportunities to address Africa’s challenges are huge”,and stressed the importance of aligning the 2030 Agenda and the African Union’s Agenda 2063.

During her visit, the deputy chief met people living in the regions of Tigray, Amhara, Somali, and Afar, where she witnessed the tragedies of the conflict first-hand, but also learned of the efforts made by the Government and people in Ethiopia, to end the fighting.

She noted how important it was “to hear from the leaders there, to hear from the people, and to hear really what their hopes are, and how they will engage with this pathway to peace.”

“There is never a winner in conflict”, Ms. Mohammed said.

In all her visits, she said, what became obvious, was that “the biggest losers of this conflict are the women and children.”

“The tragedy that has happened to women and children, is one that I hope that the men of Ethiopia will lead the recovery”, she said. 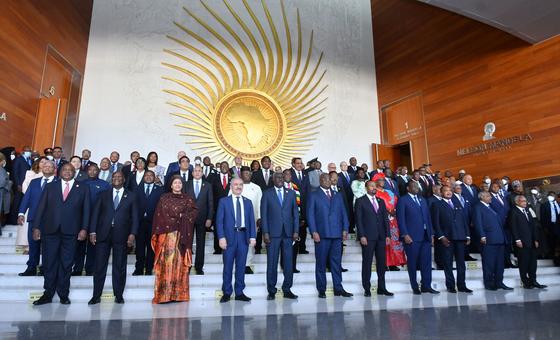 The UN deputy chief called for the immediate end to sexual and gender-based violence, among other atrocities, and cited the need for comprehensive physical and mental health support.

She also urged the authorities to involve women meaningfully in all recovery and reconstruction efforts.

On Wednesday, her final day in the country, she visited Afar, where she met with the President of the region and clan leaders, among others. She was joined by the President of Ethiopia, Sahle-Work Zewde.

Ms. Mohammed was able to see first-hand the devastating impact of the conflict on children when she visited a hospital in Semera that treats young victims who lost their limbs due to unexploded ordnance.

She noted that the resources to rebuild houses, schools and hospitals might exist,but“it takes a lifetime to rebuild the trust” and “society’s fabric”, to make up for the losses which have been sustained.

“It takes time to forgive. Certainly, we hope that one does not forget”, she said.

On Monday, the Deputy Secretary-General visited Somali, one of the regions affected by a prolonged drought. 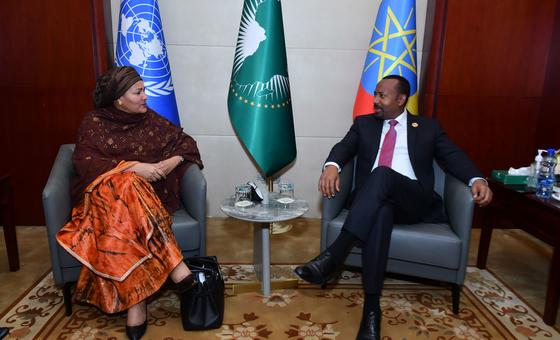 Highlighting the negative impact of climate change, she pointed out that climate action remains a pivotal part of the Sustainable Development Goals.She also commended the Prime Minister’s plan to build more dams and develop water projects.

“Perhaps the biggest call that we have is that that humanitarian assistance needs to get there yesterday, the urgency at which it needs to find, especially women and children that have been affected by this, is extremely important”, she said.

Resident and Humanitarian Coordinator of the United Nations in Ethiopia, Ms. Catherine Sozi, who was part of the delegation, noted that, in 2021, the Organization was able to provide more than $18 million in aid to those most in need in Somali. An additional $20 million is about to be allocated.

Wrapping up her visit, Ms. Mohammed told journalists in the airport that the last five days had been “a journey of solidarity with the Ethiopian people.”

“You will find a way [to peace] and we will accompany the Ethiopian people to that peace”, the Deputy Secretary-General said.

“When we find peace, we can begin the journey back to economic recovery, and the restoration of dignity and livelihoods”, she concluded.