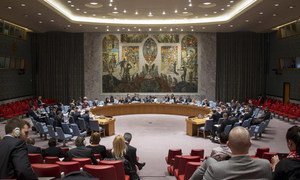 The mandate of the UN peacekeeping mission in the Central African Republic (CAR) has been extended for another year following a unanimous vote in the Security Council on Friday.

The UN integrated mission, which is known by the French acronym MINUSCA, was established in 2014 following violence between mainly Muslim and Christian rebel groups.

Ambassadors reiterated their support as the CAR strives to implement a peace deal signed in February between the authorities and 14 armed groups.

They also underlined the mission’s assistance with general elections scheduled for 2020-21.

Prior to the vote, the Council also adopted a resolution on an arms embargo for Somalia.

It excludes the delivery of weapons and military equipment for the use of the armed forces through mid-November of next year.

The resolution also renews a ban on the import and export of charcoal, in efforts to disrupt trade that may finance terrorist activities in the country. 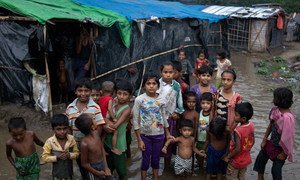 Judges of the International Criminal Court (ICC) have  authorized an investigation into alleged crimes against humanity, namely deportation, which have forced between 600,000 and one million Rohingya refugees out of Myanmar and into neighboring Bangladesh since 2016.

The pre-trial judges “accepted that there exists a reasonable basis to believe widespread and/or systematic acts of violence may have been committed that could qualify as crimes against humanity of deportation across the Myanmar-Bangladesh border”, according the ICC said in press statement on Thursday.

‘Diversity is a form of wealth, not a factor of division,’ UNESCO chief says ahead of International Day for Tolerance 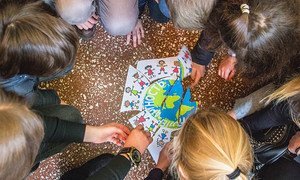 At a time when “the venom of hatred” continues to poison a part of humanity, “tolerance has never been more vital a virtue”, the head of the United Nations’ cultural agency, UNESCO, said in her message for the International Day for Tolerance, observed annually on 16 November.

Audrey Azoulay said “tolerance is more than standing idly by or remaining insensitive to differences between men and women, cultures and beliefs”.  Rather, it is a “state of mind, an awareness and a requirement.”

‘Deadliest year yet’: UN warns over migration deaths in Americas

At least 634 migrants have lost their lives in the Americas  in 2019 – marking what may be the deadliest year for people on the move there since records began six years ago.

That information comes from the International Organization for Migration ( IOM), which reports that the biggest increase in fatalities last year was in the Caribbean, where 157 died at sea trying to reach the islands: a sixfold increase over 2018.

IOM said the rise in migrant deaths is due to Venezuelans fleeing the continuing economic and political crisis in their homeland. 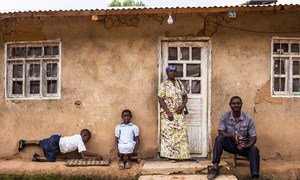 UN health experts report “encouraging” news from the Democratic Republic of the Congo, which recorded just six cases of Ebola disease infection in the last week.

At the peak of the epidemic in April, 120 cases were reported in seven days. To date, 2,200 people have died since the Ebola outbreak began last August, according to the World Health Organization (WHO).

Listen to or download our audio News in Brief for 13 November on SoundCloud: