A year on from Yemen talks breakthrough, top UN Envoy hails ‘shift’ towards peace, despite setbacks 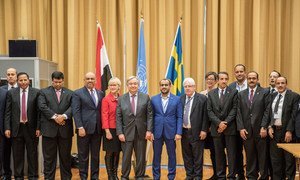 When warring parties in Yemen met in a renovated castle outside the Swedish capital last December for UN-brokered talks, they showed that perhaps there could be a way out of brutal conflict and the world’s worst humanitarian crisis, the UN Special Envoy for the country said this week.

Martin Griffiths sat down for an exclusive interview with UN News to review the Stockholm Agreement, the historic outcome of the talks which marked the first time in two years that the internationally-recognized Government and Houthi opposition leaders had come to the negotiating table, and talk face-to-face. 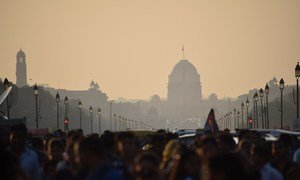 A new law in India which expedites citizenship for certain religious minorities has been criticized by the UN human rights office for being “fundamentally discriminatory in nature.”

The amendment to the Citizenship Act gives priority to Hindus, Hindus, Sikhs, Buddhists, Jains, Parsis and Christians resident in India before 2014, but excludes Muslims, including minority sects. 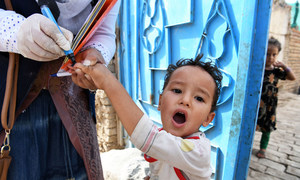 It has been 40 years since the eradication of smallpox – a scourge that killed 300 million people in the 20th century alone.

Speaking of the achievement, announced officially on 9 December 1979, head of the World Health Organization (WHO), Tedros Adhanom Ghebreyesus, noted that “smallpox is the only human disease ever eradicated”, and that it was “testimony to what we can achieve when all nations work together”.

The last known case of smallpox was reported and promptly contained in Somalia in 1977.

The international eradication programme headed by the UN health agency yielded vital knowledge and tools which have been used against other diseases.

These include ring vaccination techniques and promoting good all-round health coverage to fight diseases such as polio and the Ebola virus.

It also laid the foundation for stronger national immunization programmes worldwide, WHO said, and underpinned the establishment of primary health care in many countries. 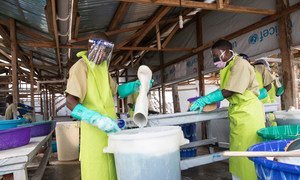 The Democratic Republic of the Congo (DRC) has seen an increase in the number of reported cases of the deadly haemorrhagic virus Ebola linked to ongoing violence by armed groups targeting remote communities, the World Health Organization (WHO) said on Friday.

According to the UN agency’s latest outbreak update, 27 new cases were identified last week in the east of the country – three times the average number of infections in the past 21 days. 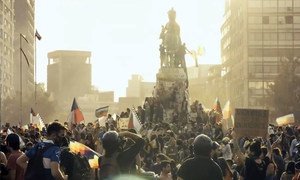 During the recent mass protests which led Chile to declare a state of emergency, the Office of the UN High Commissioner for Human Rights (OHCHR) said in a report published on Friday that international human rights norms had been violated by both police and army personnel, which should be prosecuted.

The 30-page report based on research during the first three weeks of November, extensively details multiple allegations, including torture, rape and other forms of sexual violence by the police against people held in detention.

Here’s more on the story.

Migrants continue to arrive in Europe 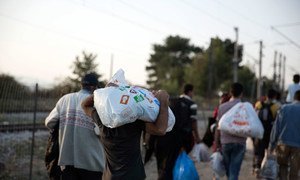 As of 11 December, nearly 105,000 migrants and refugees have entered Europe by sea, according to new numbers released on Friday by the International Organization for Migration (IOM).

The most recent numbers of Mediterranean migrant arrivals represent roughly a six per cent decrease from the nearly 111,000 people who arrived during the same period last year.

About 80 per cent of the migrants, have landed in Greece and Spain, while Italy, Malta and Cyprus received the rest.

Arrivals to Greece are running approximately 93 per cent ahead of totals recorded in 2018 during this same time, while arrivals to Spain are more than 55 per cent lower.

On the three main Mediterranean routes, deaths recorded through 11 December stand at just over 1,200 – or about 56 per cent of the deaths confirmed during the same period in 2018.

Listen to or download our audio News in Brief for 13 December on SoundCloud: