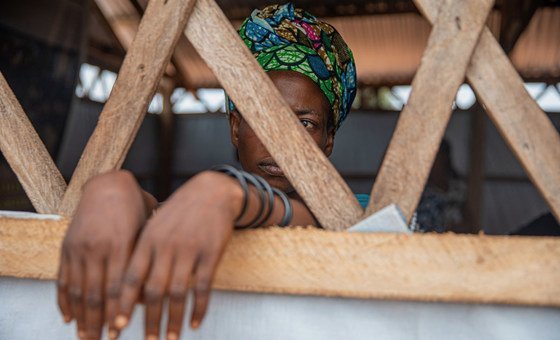 A woman survivor of gender-based violence in Kalemie, in the Democratic Republic of the Congo. , by UNOCHA/Alioune Ndiaye

Syria and Yemen are probably the best known long-running conflict zones. A decade of fighting in Syria has seen millions of people displaced, many requiring humanitarian assistance. Yemen, meanwhile, remains the scene of the world’s worst humanitarian crises, where the risk of large-scale famine has never been more acute.

Insecurity in the Democratic Republic of the Congo (DRC) has been exacerbated by the pandemic, which has compounded the country’s economic decline, and DRC now has the world’s second highest number of people who are classified as severely food insecure, and the highest number of internally displaced people in Africa.

And in the Sahel region, which includes Burkina Faso, Chad and Mali, a perfect storm of climate change, weak governance, poverty and chronic underdevelopment have combined to create an unprecedented security and humanitarian crisis.

Read more here about these, and other crises of major concern.