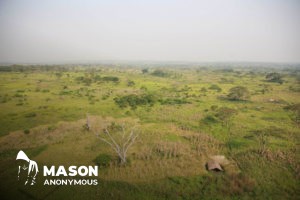 Oumar Sylla is the Unit Leader at UN Habitat for the Global Land Tool Network, (GLTN) a UN-backed alliance of more than 80 organizations looking at the best way of improving land management and land governance overall in the world. In an interview with UN News, he explained how the work of the GLTN has encouraged communities to settle their differences by talking:

“In areas that have seen conflict, particularly where you have a broken state, or weak institutions, our approach has been to really think about ways to build trust, confidence and reconciliation among communities. We set up a mediation system, in an informal setting, bringing community members around the table to discuss issues, such as historical injustices in terms of land allocation and land occupation, and find a consensus.”

“We found that people had more confidence in informal mechanisms than the courts, because the judicial system is too expensive: if communities can’t pay the lawyer’s fees, they won’t be guaranteed a fair process.”

What do land rights actually mean?

One of the difficulties for UN workers dealing with land conflicts, is that the very concept of land rights is not the same in every country. In many African countries, for example, the custom is for rights to be entrusted to a custodian, who is responsible for distributing land amongst members of the community:

“Traditionally land has been more about common ownership for the whole clan or community, and there was not really a notion of land rights.” Says Mr. Sylla. “The head of the clan or the community is the custodian of the land. In principle he consults with others but, at the end of the day, he is the one who’s taking the decision.”

However, a weakness in the traditional system is that decisions were delivered orally, with no document to verify them, or protect the community in the event of disputes. This is what the GLTN and UN Habitat have been attempting to address:

“Our approach is to help communities to develop a system of mapping their lands, or develop registration systems to establish who is entitled to land rights, so that they can get an official document. In Uganda, for example, we are supporting the government, so that it can deliver so-called ‘customer certificates’ to people living in areas which have traditionally had a custodian system of land rights.”

Globally, the competition for land is growing, and it is a leading cause of conflict. With the pressures on land use – which include climate change, urbanization and the rising population – only likely to become more intense, the UN has taken important measures to improve its response to the problem.

Many of the key United Nations agencies and bodies have accepted that they need to be more effective in dealing with conflict rooted in land disputes, and, following a request by UN Habitat, the UN’s settlement programme, UN Secretary-General António Guterres endorsed, and released in March 2019, a document entitled “The United Nations and Land and Conflict.”

The guidelines contained in the document are expected to help all parts of the UN to improve their ability to reduce conflicts, protect human rights, and convince affected communities to settle their differences by talking, rather than through violence. UN Habitat described the release of the guidelines as a “milestone in the journey towards a sustained and coherent engagement of the UN system to prevent conflict and sustain peace.”

However, establishing land rights for vulnerable people can be extremely complicated. Oumar Sylla, is the Unit Leader at UN Habitat for the Global Land Tool Network, (GLTN) a UN-backed alliance of more than 80 organizations looking at the best way of improving land management and land governance overall in the world. In an interview with UN News, he started by explaining that most of the world’s population is living in huge insecurity when it comes to land:

“The Global Land Tool Network was set up because, although land is very important when it comes to human rights and economic opportunity, some 70 percent of the world population don’t have access to formal land title system. This means they don’t have any document saying that they have any rights to land, so they are exposed to the risk of evictions and land grabs. In addition, they can’t sell or rent the land.”

People who have been forcibly displaced from their homes due to conflict, says Mr. Sylla, are particularly vulnerable: “most of the time when people have been displaced for years, they lose their land rights. Decision makers and UN Member States need to take this issue of access to land into account when it comes to rehabilitation, housing and shelter for displaced communities.”

Another positive impact of mediation in DRC has been the protection of land rights for women. Traditionally, women face discrimination when it comes to land rights but, thanks to the UN initiatives, some progress is being made, and the process has also empowered them:

“Most of the time, we were able to restore a bit of equality, helping women to get access to land in Ituri, North Kivu and South Kivu provinces. More importantly, women are now more and more involved in disputes negotiations, and are promoting dialogue between communities. Our mediation process, then, has changed the perception of women’s roles in society, and has allowed them to become actors of peacebuilding.