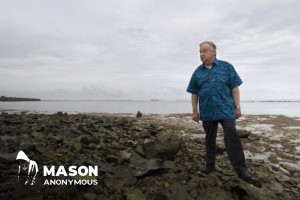 In his latest report on the progress towards meeting the targets of the 17 Sustainable Development Goals or SDGs, the UN chief António Guterres said that while a “wealth of action” had been taken by governments across the world “the most vulnerable people and countries continue to suffer the most.”

The 17 SDGs commit countries to mobilize efforts to end all forms of poverty, fight inequalities and tackle climate change. Read more here about the goals.

The report tracks progress across 17 goals in the UN’s 193 Member States and largely takes a global view, however while many trends regarding the SDGs are common to all regions, there are significant regional differences. Here are six things you need to know about progress towards some of the key SDGs.

Launching the report at UN Headquarters on Tuesday, at the start of the UN High-level Political Forum on Sustainable Development (HLPF), the UN Economic and Social Affairs (DESA) chief, Liu Zhenmin, said that the clock for taking decisive action on climate change is ticking. He stressed the importance of strengthening international cooperation and multilateral action.

“The challenges highlighted in this report are global problems that require global solutions,” said Mr. Liu. “Just as problems are interrelated, the solutions to poverty, inequality, climate change and other global challenges are also interlinked.”

Described by Mr Guterres last year as an “existential threat” to humanity, the outlook for meeting targets to reduce climate change is grim. With rising greenhouse gas emissions, climate change is occurring at rates much faster than anticipated and “its effects are clearly felt world-wide.”

The target, and remember this was agreed by world leaders, is to keep the rate of global warming to below 2°C and, if possible to 1.5°C above pre-industrial levels. The average global temperature is already 1°C above pre-industrial levels but if not enough is done then warming will continue at an unsustainable pace and could well exceed 3°C by the end of the century.

While there are positive steps in terms of individual countries developing climate plans and the increase in the amount of money being found to finance those activities, Mr Guterres said that “far more ambitious plans and accelerated action is needed” on climate mitigation and adaptation.

OCHA/Giles
A displaced family sits in their tent in the Khamir IDP settlement in Yemen. The father, Ayoub Ali, is 25 years old and has four children with his wife Juma’a.

Extreme poverty, which the UN defines as a condition characterized by severe deprivation of basic human needs, continues to decline but the decline has slowed to the extent that the world is not on track to achieve the target of less than three per cent of the world living in extreme poverty, by 2030. It’s more likely on current estimates to be around six per cent; that’s around 420 million people, a situation of “grave concern” according to the UN chief.

Violent conflicts and disasters have played a role here. In the Arab region, extreme poverty had previously been below three per cent. However, the conflicts in Syria and Yemen have raised the region’s poverty rate and left more people hungry and homeless.

OCHA/Meridith Kohut
A mother feeds her malnourished son at an Médecins Sans Frontières clinic in the Dagahaley refugee camp in Dadaab, Kenya.

Hunger is on the rise again globally, with an estimated 821 million people undernourished in 2017, up from 784 million in 2015. So, one in nine people across the world are not getting enough to eat.

Africa remains the continent with the highest prevalence of undernourishment, affecting one fifth of its population, that’s more than 256 million people. Public investment in agriculture is declining globally, a situation that needs to be reversed according to the Secretary-General. “Small-scale food producers and family farmers require much greater support and increased investment in infrastructure and technology for sustainable agriculture, is urgently needed.”

The developing world is most acutely affected by this lack of investment. The share of small-scale food producers in countries in Africa, Asia and Latin America ranges from 40 per cent to 85 per cent, compared to less than 10 per cent in Europe.

© UNICEF/Frank Dejongh
Mothers at the maternity health center in the village of Nassian, in the north-east of Côte d’Ivoire wait to have their children vaccinated against tuberculosis and other diseases. (file March 2017)

Major progress has been made in improving the health of millions of people, increasing life expectancy, reducing maternal and child mortality, and the fight against the most dangerous communicable diseases. Despite those improvements, an estimated 303,000 women around the world died due to complications of pregnancy and childbirth in 2015, the majority in sub-Saharan Africa.

Progress has stalled or is not happening fast enough in addressing major diseases, such as malaria and tuberculosis, while at least half of the global population, that’s some 3.5 billion people, do not have access to essential health services.

Mr Guterres said that “concerted efforts are required to achieve universal health coverage, sustainable financing for health and to address the growing burden of non-communicable diseases including mental health.”

UN Women/Lauren Rooney
In the Za’atari refugee camp in Jordan, Rawan Majali commemorates the opening ceremony of the International Day for the Elimination of Violence against Women with her hand print pledge.

Gender violence persists. Globally, about a fifth of women aged 15 to 49, experienced physical or sexual partner-inflicted violence in the last 12 months. The prevalence is highest in the 47 poorest countries in the world, a group the UN calls the Least Developed Countries or LDCs.

While some indicators of gender equality are progressing, such as a significant decline in the prevalence of female genital mutilation and early marriage, the overall numbers continue to be high. Moreover, insufficient progress on structural issues at the root of gender inequality, such as legal discrimination, unfair social norms and attitudes, decision making on sexual and reproductive issues and low levels of political participation, are undermining efforts to achieve targets.

The UN Secretary-General has said “there is simply no way that we can achieve the 17 SDGs without achieving gender equality and empowering women and girls.”

Experts agrees that economic growth which includes all sections of society and which is sustainable, can drive progress and generate the means to implement the SDGs. Globally, labour productivity has increased and unemployment is back to levels seen before the financial crash of 2008, however, the global economy is growing at a slower rate. And young people are three times more likely to be unemployed than adults.