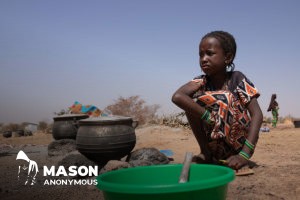 “The Secretary-General conveys his condolences to the families of the deceased, as well as to the people and Government of Burkina Faso and wishes a speedy recovery to those injured”, his Spokesperson told reporters in New York.

Montreal-based mining company, Semafo, said five of its buses carrying workers, escorted by Burkina Faso military personnel, were attacked while traveling to an open-pit gold mine in the eastern part of the country, according to media reports.

The ambush represents one of the deadliest attacks in a recent spate of violence in the historically-calm landlocked nation, which has been infiltrated by jihadists, active for years in neighbouring Mali.

Increased bloodshed has forced hundreds-of-thousands of people to flee their homes, igniting a fast-growing humanitarian crisis.

There has been no immediate claim of responsibility for Wednesday’s incident, which Secretary-General António Guterres has called a “heinous act” against the country’s people.

During a Security Council meeting on peace in Africa last month, Mr. Guterres declared that the sprawl of terrorist networks is a growing, transnational threat to the continent, with a pervasive climate crisis exacerbating violence, and straining resources.

In a span of just three weeks, the number of displaced in Burkina Faso has increased by nearly 70 percent, around half a million people, in a nation of 20 million, according to UN figures.

Reiterating the UN’s commitment to supporting nation, engulfed by violence, the Secretary-General highlighted “the full support of the United Nations to the Government of Burkina Faso in its continuing efforts to ensure peace and stability in the country.”