Claudine* looks across a sweeping valley high above the Haitian capital Port-au-Prince. The lushness of the tropical vegetation, the cool fresh air and the low-hanging clouds are in stark contrast to the dusty, hot and suffocating backstreets of Petionville, lower down the valley, where four years ago she was the victim of sexual abuse which changed her life.

“At the time, I was 16 years old and living with my cousin and her husband,” she said. “I looked after their children, like they were my own.” Claudine should have been at school but after her mother and grandmother died had no other option but to become a domestic worker in her cousin’s house. It was there that she was sexually assaulted by her cousin’s husband.

“I didn’t know what to do but a friend did report the incident to the police, but nothing was done to find the man.”

A refuge from abuse

A year after her daughter was born, Claudine was taken to a refuge for abused minors, many of whom like her were caring for newborns. The refuge, where she has lived now for three years, is run by Rapha House, an organization which is committed to ending the trafficking and sexual exploitation of children. 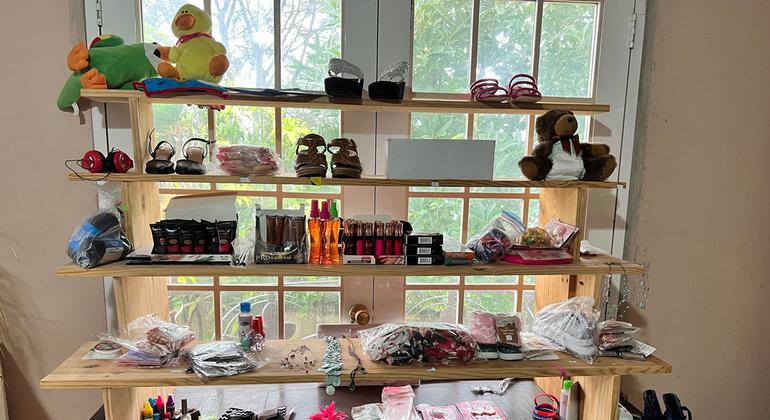 Nahomy Augustin is a project coordinator for the international NGO in Haiti. “Many of the young women here are the victims of extreme poverty and insecurity, to the extent that the lack of basic services and opportunities that they have access to means that they become vulnerable to abuse,” she said.

The refuge, which is located in an intentionally inconspicuous building, in a tranquil neighbourhood above Port-au-Prince, supports the young women in the recovery from their traumatic experiences. “We take a holistic approach,” said Nahomy Augustin, “and provide a range of services, including medical and psychological care, accommodation and legal advice as well as family mediation.”

The aim is to help each young woman to return to her family within a year as long as it is safe, but many like Claudine stay longer. The refuge can currently accommodate 24 young women as well as their babies, but a new centre is being built which can provide care to up to 80 people.

The Spotlight Initiative, in partnership with the UN Children’s Fund, UNICEF, is supporting this and other refuges for women in Haiti.

Rape as a weapon

Geraldine Alferis is a gender-based violence expert at UNICEF. “Haiti, and especially the capital Port-au-Prince, is experiencing a surge in gang violence. Thousands of girls and women are being displaced, which makes them very vulnerable to abuse,” she said.

In July, the United Nations said that rival gangs in the Cite Soleil neighbourhood of Port-au-Prince were adopting the “systematic use of rape against women and girls as a weapon of war.”

“Gang rape is a particularly tragic occurrence and so we work to ensure that the survivors get the help they need,” said Geraldine Alferis. 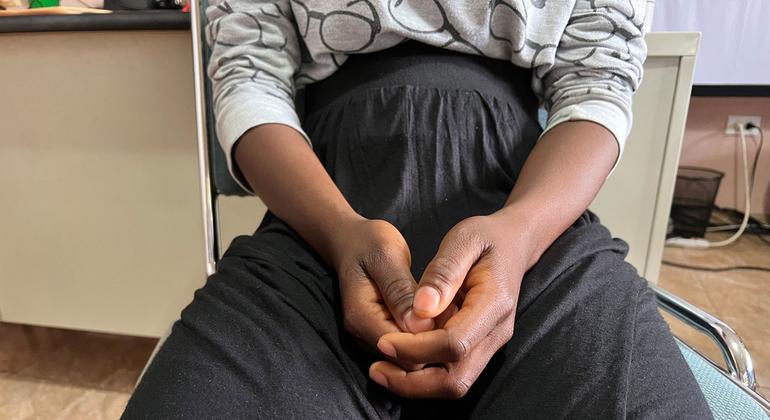 The Spotlight Initiative in Haiti focuses on ending domestic violence, rape, incest, sexual harassment, physical and psychological violence, as well as other restrictions on the freedoms and rights of women and girls. It also aims to provide holistic care to women and girls who are survivors of violence.

On a visit to the refuge, the UN Resident Coordinator in Haiti, Ulrika Richardson, said “it was chilling to hear the stories of these young women and girls,” adding that “I also sensed hope and recognized the importance of the services to which they have access.”

“I am proud of the Spotlight Initiative and the much-needed assistance it is providing along with our local partners, but what I heard on this visit is a stark reminder of the urgency to tackle the root causes of sexual violence.”

At the refuge above Port-au-Prince, the survivors like Claudine are able to study, taking school classes that many missed out on when they were younger. They can also take practical classes to learn skills like sewing or soap-making, which can enable them to make a small amount of money, a first important step towards building their independence.

“Going to school is very important,” said Claudine. “If you are working for a family like I did, it is not enough just to receive food and have a bed. You must be given the opportunity to study and make a life for yourself.”