Following the release of its findings, the UN Food and Agriculture Organization of (FAO) urgently called for more investment to help rural Haitians go back to small-scale farming and avoid a worsening of the food crisis. 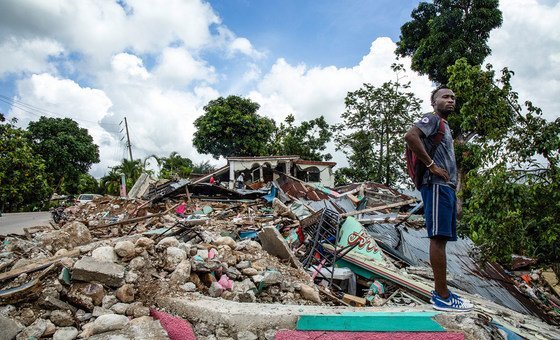 The community of Les Cayes was destroyed when the 7.2-magnitude earthquake struck Haiti last August, by © WFP/Marianela González

Haiti is the poorest country in the western hemisphere and has long been vulnerable on multiple fronts.

FAO Representative in the country, Jose Luis Fernandez, said that “on top of a succession of disasters and crises, this latest double whammy has left people’s ability to produce and to access food for their families and communities, in tatters.”

“With the October winter planting season just around the corner, we can’t wait to invest in rebooting agricultural production. That must happen immediately, but we are hampered by low levels of funding for this critical work,” he added.

Even before the 7.2 magnitude earthquake, poverty, civil unrest, political and economic instability – combined with recurring natural disasters and the effects of COVID-19 pandemic – had turned Haiti into one of the worst-affected areas in terms of food supply.

At the time, 4.4 million people were facing crisis or even worse levels of acute food insecurity, as measured on the official IPC food security scale.

Targeting those most in need 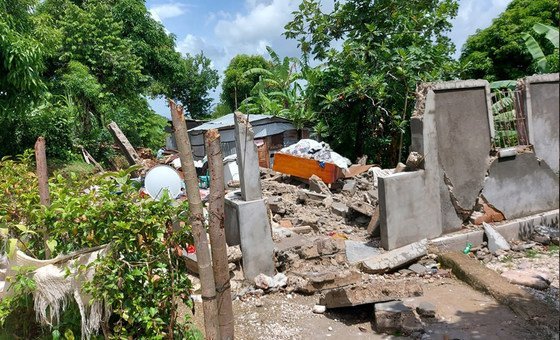 The earthquake was followed days later by Tropical Depression Grace, devastating populations in the Caribbean Island State, by IFRC

Around 60 percent of rural Haitians rely on agriculture for their livelihoods. For families with fewer resources, backyard food production is critical.

FAO is calling for $20 million to help support to protect and restore the livelihoods of 32,000 highly vulnerable rural households. The funds are also needed to rehabilitate the community agricultural infrastructure.

Around 15,000 families at risk, or 75,000 people, will receive seeds for planting and agricultural tools, as well as technical support. They will also receive a cash transfer for the equivalent of $200, to cover urgent needs.

About 10,000 households will be provided poultry and goats as well as emergency fodder and help setting up fodder banks. Veterinary support teams and mobile veterinary kits and services will be provided for 25,000 domestic animals.

FAO also wants to help with the rehabilitation of agricultural infrastructure, which should benefit 7,000 households. Irrigation canals, facilities for processing fruit, cassava, maize and peanuts, milk and fish will also be rehabilitated, the agency said.