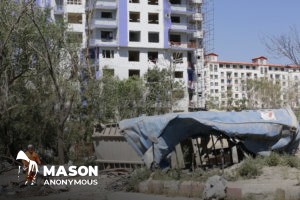 The University “was [the] intentional focus of attack”, UNAMA tweeted, saying that blast killed at least “eight civilians” and wounded 33 others.

Although no group has claimed responsibility for the Kabul bombing, UNAMA said that Taliban militants had claimed an attack in Kandahar, also on Friday, carried out against the National Afghan Police (ANP). Blasts in a residential area liked caused “major civilian harm”, UNAMA said.

Earlier this month, a car bomb exploded in Kabul during rush hour, claiming three lives and injuring more than 90 people.

Detonated by militants, who then stormed the building, a seven-hour gun battle ensued. Scores of children were among the casualties, as they sat in nearby classrooms.

UNAMA responded with a tweet, declaring that the UN was “appalled” by the bomb attack, and “demands an end to indiscriminate blasts in civilian areas”.

Friday’s attacks come just a few days after ground-breaking talks in Doha, Qatar, between Afghan political leaders and Taliban representatives, in search of a lasting peace to end nearly two decades of fighting. According to news reports, both sides had called for a major reduction in civilian casualties.